30 Deaths Among Nursing Home Residents in Norway: Here’s What Possibly Caused Such Occurrences

News about the 30 deaths in nursing home residents who were given Pfizer vaccine in Norway landed international headlines.

With the Therapeutic Good Administration or TGA of Australia expected to give the vaccine a go-signal imminently, and the roll-out slated to start next month, this development might appear like a reason for concern around the vaccine's safety.

But according to a report that came out on Science Alert, there are some reasons the vaccine should not be a concern.

First, as indicated in the said report, there has been no issue seen, reported in any other nations which have already rolled out the Pfizer vaccine. 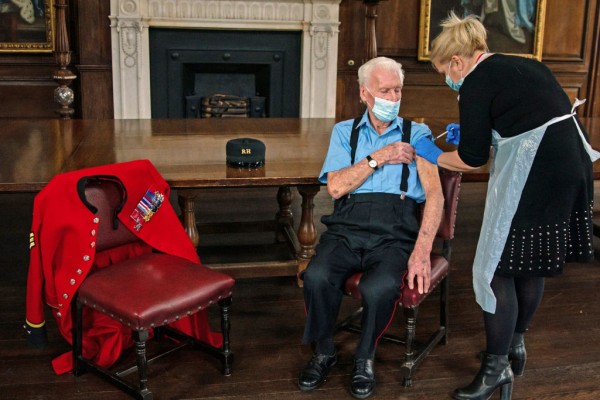 (Photo : Aaron Chown - WPA Pool/Getty Images)
Those who have been reported dead in Norway were said to be ‘elderly and very frail,’ and not necessarily linked to their being vaccinated with the Pfizer vaccine.

Norway has reported roughly 45,000 people nationwide have been vaccinated as protection from COVID-19, as of this writing. The country's vaccine program has mostly focused on nursing home residents.

Meanwhile, in other nations, there may be more of a concentration on frontline healthcare workers in the initial occurrence.

Therefore, if there is any link between death in the elderly and the Pfizer vaccine, the said report specified, it may not be as obvious yet.

It depends on surveillance, as well. This country may have a particularly fast surveillance and reporting system in place, effectively following all those who have been given the vaccine and quickly reporting any negative effects.

It would then be expected that surveillance reporting from other nations with an active vaccination program soon, increasing data crucial to developing a more precise image of vaccine safety throughout various populations.

Essentially, reports of Norway will alert other countries to track or monitor closely recipients of the vaccines, specifically individuals from nursing homes who are older and susceptible.

While there is a possibility to see reports on this coming through in weeks ahead, from other nations, there may be none, as well.

There limited information on these occurrences in Norway. Those who have been reported dead were said to be "elderly and very frail."

A lot of people had substantially existing health conditions typical among the very old people, and may have been nearing "the end of their lives independent of the vaccine."

In vaccines' recent history, there have been no trends that show deaths in elderly people seen, after their vaccination.

For instance, there is no evidence the yearly influenza vaccine has been linked to older people's deaths, or those of any age.

It is essential to note though, that in comparing the Pfizer vaccine with the flu shot, or another vaccine, experts say, two different things are being compared.

Pfizer, they explained, "is based on mRNA technology," which is totally new in a human vaccine. This technology launches part of the SARS-CoV-2 virus's genetic material in the form of mRNA messenger.

Essentially, all vaccines are designed to produce an immune system although in different ways in preparation for the body to combat the virus if and when it is encountered.

According to experts, vaccines need to produce an immune response to be effective and side effects are a consequence or result of the body that mounts an immune system.

Deaths may be sad news but they should not be a reason for alarm. It actually indicates that a vaccine stimulates an immune response.

For most individuals responding will be totally tolerable and result in the development of immune memory that shields from a severe case of COVID-19.

The big challenge for any of the said treatments is producing enough of an immune system to be protected from a specific disease although not too much that is serious negative effects are encountered.

Therefore, for people who may be vulnerable, a little cautiousness may be needed. More so, in authorizing the Pfizer vaccine, the TGA may consider recommending against this particular vaccine for those who are very old and frail specifically people who have other conditions and are possibly almost at the end of their lives.