Chemist Explains How Oil is Turned into Plastic

Look around you and surely, you'll find something made of plastic. This material is said to be universal, and that over 300 million tons of it are produced every year and about 50 percent of that is made for single-use. This means that plastic-made products are discarded right away after they have served their purpose.

Live Science reported that such an action resulted in mounting problems of plastic waste "going to landfills," and some of them get blown, making their way into "rivers and ultimately the sea."

Roughly eight million tons of plastic pollution enter the oceans year after year. It is entangling marine life, polluting coral reefs and eventually, subjected to degradation caused by the sun, wind and water. As a result, it is breaking apart into trillions of small microplastic pieces.

These plastic particles appear so much like food to many different marine species that they gorge on the pollution and lead to starving from loss of real nutrition. 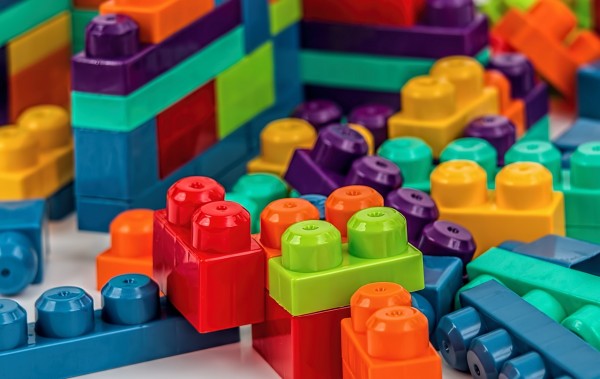 (Photo : Steve Buissinne on Pixabay)
Roughly eight million tons of plastic pollution is entering the oceans year after year, where it is entangling marine life, polluting coral reefs and eventually, subjected to degradation caused by the sun, wind and water.

What You Need to Know About Plastic

The word 'plastic' frequently covers a great range of "heterogeneous materials," each with varying applications that need quite distinctive physical properties.

According to chemist Carl Redshaw from the United Kingdom-based University of Hull, over 300 types of plastics are known."

Redshaw is also a participant in the Plastics Collaboratory project of the university, which researches to enhance the plastic industry's sustainability.

Indeed, plastics, as the chemist said, come in different forms but they certainly have one or even more things in common.

Essentially, they are made of polymers, molecules that comprise many repeating units, constructions that provide plastics with a lot of desired qualities like malleability, robustness and flexibility.

Beyond that, they are generally falling into one of two comprehensive classifications.

First are the bio-based plastics. Under this category, the polymers are gotten from certain sources like cornstarch, vegetable fats, and bacteria.

Meanwhile, what's called the "synthetic" plastics, in which polymers are produced from crude oil and natural gas.

Their name may be eco-friendly but bio-based polymers are found to not having automatically a "good environmental track record." This is due to the fact that they may be preserved in the environment and be considered as non-biodegradable, explained Redshaw.

However, oil and natural gas-derived plastics relatively cause the simplest environmental damage as plastics under this category are inclined to persist in the environment for a longer period, while resulting in other environmental effects, as well.

Here's an example of an oil-derived plastic. Look inside your fridge and take out a carton of chilled milk. The carton then starts its life, described by the said science report as "somewhere far more dramatic," deep in the Earth's bowel "as crude oil.

The said material, putting together high-pressure chambers within the crust of Earth, is drilled and propelled to the surface and "carried through pipelines to oil refineries.

Dense Sludge Made of Hydrocarbons

The material's dense slug is made up of compounds called hydrocarbons, combinations of carbon and hydrogen atoms, forming chains of differing lengths, providing them with different properties. Such hydrocarbons are the earliest raw materials of plastic, which the Earth "ready-made."

Meanwhile, at the refinery, the production of plastic is actually "set in motion." Here, crude oil like molasses goes through heating over a furnace that's separating the hydrocarbons into various groups, based on several atoms they have and their resulting molecular weight, and then have them fed into a distillation tube nearby.

Inside the tube, the longer, usually heavier hydrocarbons sink to the bottom. The shorter, , lighter ones rise to the top.

The outcome is that crude oil is getting separated into a number of unique groups of chemicals for use like gasoline, paraffin and petroleum. Each of which has hydrocarbons of the same weight and length. One of these groups is called "naphtha," a chemical that will eventually turn into the "primary feedstock" used to make plastic.

Check out more news and information on Climate Change and Plastic Waste in Science Times.