We, humans, are designed to touch and be touch. This is the reason a lot of people living on their own have suffered considerably during the pandemic.

According to a Guardian report, the "need for touch exists below the horizon o consciousness." Before a person's birth, when the amniotic fluid in the mother's womb swirls around, and the fetal nervous system can differentiate one's own body from his mother's, the whole idea of self "is rooted in touch."

University of College London psychodynamic neuroscience professor Dr. Katerina Fotopoulu said the human body "has built all its models based on touch" it receives from caregivers.

The professor added that humans are utterly dependent on the caregiver to satisfy their body's core needs.  Minus the touch, only little can be done.

ALSO READ: Science Behind Expression of Gratitude and Its Impact on Wellbeing 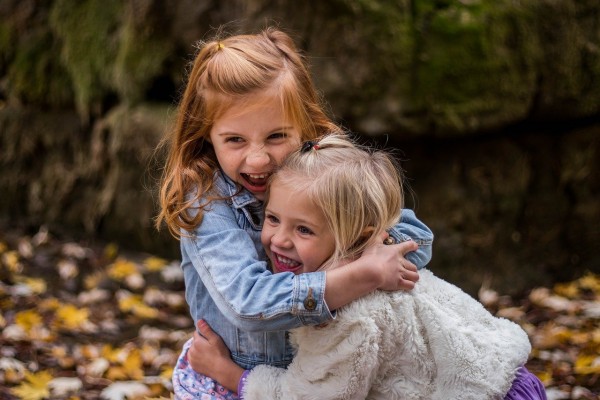 (Photo: Pixabay)
A hug gives us that beautiful feeling inside, not to mention, it ‘helps us feel connected to people.’

He added, with "our close friends and family, we touch each other more than we realize." As adults, the professor's research has shown, we have a core set of, averagely, five friends who we can all depend on and call as our shoulder to cry on.

The same thing is seen in primates, explained Dunbar, that even in much larger primate cultures, groups "of five best friends appear at every layer," doing their grooming together as their form of social touch.

In both primates and humans, the said strong coalitions are acting as a buffer. They are keeping the world off our back. It is not surprising anymore than that out of the 40,000 individuals from over 100 nations who partook in a "2020 BBC and Wellcome Collection survey," the three commonly used words to describe touch included "comforting, warm and love."

Now, Without a Hug

During this pandemic where almost every nation in the world is implementing physical and social distancing, most of us may have noticed one thing that's missing in our life at the moment--a hug.

Ironic, since experts have claimed hugs are, in fact, good for us, stimulating a chemical reaction that reduces stress and makes us feel better.

According to psychologist, Dr. Kelsey Scampoli from M Health Fairview, a hug gives us that beautiful feeling inside, not to mention, "helps us feel connected to people." Now, with physical distancing, masked-up world, it can definitely feel like a hug desert exists.

The psychologist added this is quite a challenge especially that we always forget there's COVID-19 when we're out with the whole family and that we should not be hugging. Moe so, once we see our loved ones, our first instinct is we always want to hug them.

As an effect of this pandemic, most people are not getting their daily dose of hugs. Some studies have shown many people would choose to be touched than eat food.

Scampoli said, hugging produces the hormone oxytocin, which some people call "the love chemical." And, "when we have increased oxytocin," she noted, "we're bonded to others, and we become more generous."

Hugging, the psychology expert said, provides us with better psychological welfare. Human stress is better, she emphasized, but at present, it is harder to get that higher oxytocin when we are not allowed to touch others.

Explaining the "science of hug," KTSP news site said, in these so-called "difficult, hug-less times," said Scampoli, there is one secret weapon she believes in and that's "empathy."

With increased empathy, she continued explaining, "your oxytocin can increase" since we are connected with that person. Even one simple photograph can stimulate a single dose of Oxytocin.

The expert also said, if we think about happy feelings, we should also try to remember what it was like being there and getting all the benefits of staring at that photograph.