Study Reveals One Factor That Can Predict Stroke, Heart Attack

New research recently revealed a single factor that may be able to predict a heart attack or stroke in the future, years prior to symptoms even appear.

An article posted on Eat This, Not That! specified that early detection of heart disease is one of the most essential tools needed to prevent severe heart-associated outcomes which include heart attack.

This new research from the Edith Cowan University that the Journal of the American Heart Association published found that those who suffer from abdominal aortic calcification or AAC are at two to four times higher when it comes to risk of future cardiovascular disease.

In addition, the study specified that the more calcification takes place in the blood vessel wall, the higher the danger of cardiovascular problems in the future.

The study authors discovered too, that people who have kidney disease and AAC are at a higher risk of cardiovascular problem compared to those who have just AAC. 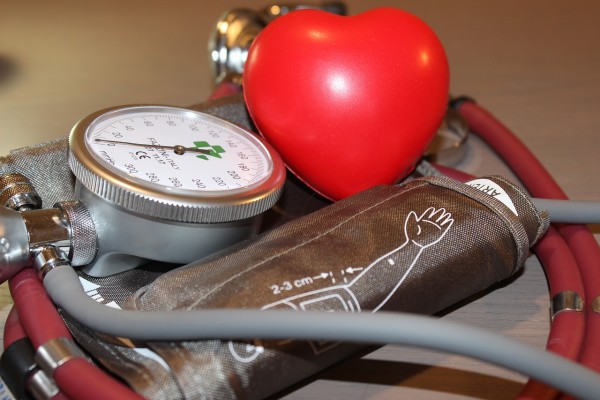 (Photo : Antonio Corigliano on Pixabay)
Scientists recently claimed there is a single factor that may be able to predict a heart attack or stroke.

Factor Emphasized in the New Study

According to Josh Lewis, Lead Researcher Associate Professor from ECU's School of Medical and Health Science, heart disease is frequently a "silent killer" since many people do not know the reason they are at risk or that they already have the early warning signs like "abdominal or coronary artery calcification."

Lewis, who's also a Heart Foundation Future Leader Fellow added, the abdominal aorta is one of the first areas where the "build-up of calcium in the arteries" can take place, even before the heart.

"If we pick this up early," the lead researcher continued explaining, "we can intervene and implement lifestyle and medication changes" to help avert the condition progressing.

The study cites factors as well, that adds to the heart condition, which includes poor diet, an inactive lifestyle, smoking and genetics.

In connection to the said factors, the study authors expressed optimism that people would use their study findings to help determine their risk "early on and accordingly."

Lewis explained, AAC is frequently picked up incidentally in numerous routine tests. These include "lateral spine scans from bone density machines or x-rays," he elaborated adding that now, they have a much better idea of the prediction in these people when such an occurrence is seen.

The expert also said that this could indicate "an early warning for doctors" that they should examine further and evaluate the risk of stroke or heart attack of patients.

Eventually, he added, if such a condition could be identified sooner, people could practice lifestyle changes or begin preventive therapies much earlier, which could possibly save many lives later on.

Until then, advised Lewis, "save your own life" and follow the fundamentals recommended by head of the US National Institute of Allergy and Infectious Disease, Anthony Fauci, and help put an end to this surge, regardless of "where you live."

Such basics include wearing face mask; practicing social distance; avoiding huge crowds; not going indoors with people you don't live with, specifically in bars; regular hand-washing; getting vaccinated when available; and protecting not just one's own life but the others' as well.

RELATED TOPIC: 3 Best Heart-Friendly Foods To Have in Your Kitchen

Check out more news and information on Heart Health on Science Times.