According to two studies, the variant reported earlier and initially detected in California in December 2020 is found to be more infectious compared to earlier forms of coronavirus, according to two studies, showing growing concerns that developing mutants like this one could impede the sharp drop in cases statewide and probably in any other place.

As reported by The New York Times, in one of the studies, scientists discovered that the strain has transmitted fast in a neighborhood in San Francisco during the past couple of months.

The other research confirmed that the strain has surged through the state. It also disclosed that the new variant produces twice as many viral particles inside the body of a person as other strains do.

This particular report also implied that the strain might be better than others when it comes to escaping the immune system as well as vaccines. 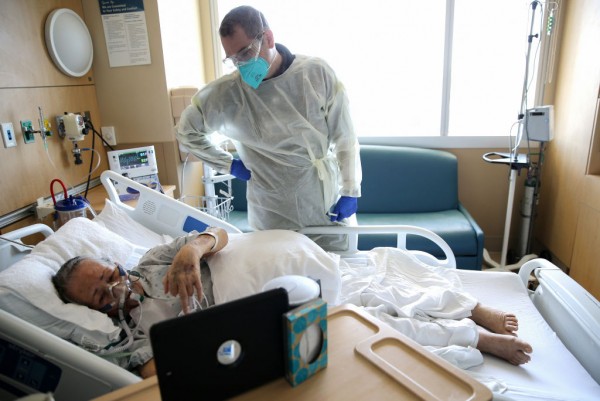 (Photo : Mario Tama/Getty Images)
Scientists recently discovered that the California strain has transmitted fast in a neighborhood in San Francisco, during the past couple of months.

California Variant, Not a Good News

According to virologist Dr. Charles Chiu, a University of California, San Francisco virologist, he wishes he had better news to give, and that the strain is not important at all. Unfortunately, though, the virologist continued, they need to follow the science.

None of the two studies has yet been released in any scientific journal. More so, experts do not know the extent of public health threat this variant postures compared with the other strains that are being reported.

A strain identified as B.1.1.7 entered the United States from Britain where it quickly turned out to be the prevailing form of the infection and overloaded hospital there.

Essentially, investigation of British medical records propose that the B.1.1.7 strain is not just more communicable but deadlier than earlier strains as well.

Some experts claimed that the new strain in California was alarming, although unlikely to develop as much of a burden like B.1.1.7.

Epidemiologist William Hanage from the Harvard TH Chan School of Public Health said that he is more and more convinced that the California variant is spreading more locally than others. However, he added, there is no evidence suggesting that it is the same approximate as B.1.1.7.

New Variant's Effect on the Human Cells and Immune System

Studying medical records of more than 300 COVID-19 cases 19 in San Francisco, Dr. Chiu, together with his colleagues, discovered that a higher percentage of individuals had died from this new variant than from other strains.

However, the news organization specified that the finding could be a numerical fluke as there were 12 deaths from the cases mentioned. Therefore, the difference in mortalities from one subgroup to another may vary in a larger sample.

Furthermore, the study investigators conducted experiments in the laboratory, searching for evidence that the new strain had a biological advantage.

In one research, the study authors presented that it was roughly 40 percent more efficient at infecting human cells compared to earlier strains were.

More so, when they gauged the genomic material that existed on swabs for COVID-19 tests, the investigators found that those infected with the variant yield a viral load twice as large as that of other strains.

Research also showed that the new strain could escape the immune system better than other strains can. Antibodies from individuals who recovered from the other variants' infections were less effective at blocking the new strain in the laboratory.

Similar circumstance was true when the study investigators used vaccinated people's blood serum. Still, the effect of the variant on immunity appears to be quite smaller than that caused by the South African strain identified as B.1.351.

According to Dr. Chiu, it remains unclear if the vaccines in use will be any less effective as protection from the new strains.