Climate Change: Northern Hemisphere Will Have Half-Year Summers by 2100

Should the effects of climate change remain unchecked, the future will have summer seasons lasting six months in the Northern Hemisphere, according to a new study.

A research effort led by Yuping Guan, a physical oceanographer from the State Key Laboratory of Tropical Oceanography at the Chinese Academy of Sciences' South China Sea Institute of Oceanology, examines the pattern of seasons in the Northern Hemisphere since the 1950s when the four seasons were predictable and gave way to each other at even periods. However, climate change has been driving drastic and irregular changes to the seasons - raising the possibility of more extreme seasonal patterns in the future.

"Summers are getting longer and hotter while winters shorter and warmer due to global warming," Guan said of the changing patterns, which could have significant impacts on human health, animals, agriculture, and almost all aspects of the environment. 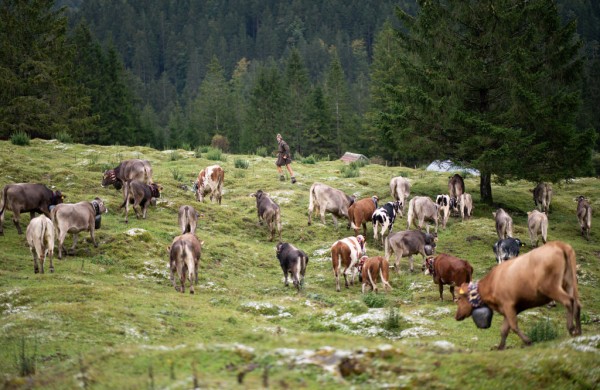 (Photo: Photo by Daniel Kopatsch/Getty Images)
BAD HINDELANG, GERMANY - SEPTEMBER 26: Cattle herders dressed in traditional Bavarian clothes guide cows down from summer mountain pasture during the annual end-of-summer cattle drive (Almabtrieb) on September 26, 2020, at Bad Hindelang, Germany. The event is usually a celebration marked by throngs of visitors, though due to the coronavirus pandemic, organizers have kept this year's cattle drive low key. Cattle herders lead the cows from farms in the valley up the mountain where the animals graze on alpine meadows throughout the summer in the spring and bring them back down, usually in September ahead of winter, in a tradition dating back centuries.

In a study titled "Changing Lengths of the Four Seasons by Global Warming," published in the journal Geophysical Research Letters, researchers examined historical daily climate data for almost six decades - from 1952 to 2011. They then tracked the changes in when the seasons began and ended in the Northern Hemisphere. The study defined the starting point for summer as the onset of temperatures that ushered the warmest 25 percent of a particular time period. On the other hand, winter was marked with the coldest 25 percent temperatures recorded.

Researchers then used existing climate change models to extrapolate and predict when the seasons would start and end in the future.

A news release from the American Geophysical Union shares that Guan was prompted to investigate this shift due to climate change while mentoring an undergraduate student and now co-author in the study Juamin Wang.

They then discovered that, on average, summer has grown from 78 days to 95 days in the period covered by the study, while winter shortened from 76 down to 73 days. From 1952 to 2011, the spring season was reduced from 124 to 115 days, and autumn down from 87 to 82 days. Additionally, spring and summer began earlier, pushing autumn and winter to later onset dates. Among the regions of the Northern Hemisphere, the Mediterranean and the Tibetan Plateaus experienced the most drastic changes to the cycles of the seasons.

An Extreme and Potentially Dangerous Shift

Without any significant effort to curb climate change, the study predicts that by 2100, winter will be down to two months per year, even the spring and autumn seasons will become even shorter.

"Numerous studies have already shown that the changing seasons cause significant environmental and health risks," Guan noted. He cited, for example, the changes in the migration patterns and the plant development cycles also changing. These natural environment changes could lead to a mismatch between animals and their food sources, disrupting ecological setups and could affect prospects of survival in the future.

This could also pose a threat to humans, whose food source still relies on agriculture and domestication. When false springs or late snowstorms cover and kill plants with frost, the food supply might be severely affected.

RELATED ARTICLE: Bottoms Up: Beat the Summer Heat With These Refreshing Homemade Drinks