Things I Learned and is my Pleasure to Share about Dr. Andrea Natale M.D. 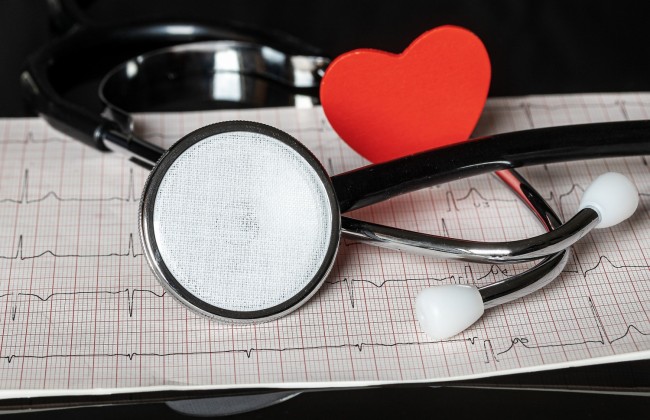 (Photo : Things I Learned and is my Pleasure to Share about Dr. Andrea Natale M.D.)

Recently, I've had the honor and privilege in being asked to share some insights and highlights of my experiences, going on fourteen years, with world-renowned pioneer in cardiac arrhythmia ablation research, Dr. Andrea Natale.

This welcomed request and opportunity stems from my long association with Afibbers.org, of which for the past eight years now I have been president and editor of this twenty-one year, longest running online resource dedicated to patient education and advocacy for Atrial Fibrillation (AFIB) ... the most common cardiac arrhythmia world-wide.

It was through Afibbers.org, not long after I had discovered the website back in the early 2000's, that I first learned of Andrea Natale during those fledgling years that marked the dawn of the Pulmonary Vein Isolation (PVI) ablation procedure for paroxysmal AFIB. Even in those beginning days, Dr. Natale had quickly established an international acclaim for his genuine maestro-level skill performing this highly skill-dependent procedure within the advanced field of cardiology known as electrophysiology (EP), focused on treating all cardiac arrhythmias.

It certainly wasn't a fluke that this passionate, dedicated and dynamic caregiver became Medical Director of the world-class Cleveland Clinic's Center for Atrial Fibrillation at the young age of 38! And that legendary skill with an ablation catheter, as genuinely impressive as his expertise truly is, still is far from the only talent this remarkable physician continues to share with the wider field of EP.

Among his rich contributions, Dr. Natale has long been dedicated to hosting cutting-edge, high volume research into atrial fibrillation and ablation technology; having recruited one of the top research teams anywhere. Including now at their newly opened state-of-the-art EP Center at St. David's Medical Center in Austin. Indeed, from the very start of the AFIB ablation field in late 1998, Andrea Natale has defined the very meaning of the term 'pioneer'.

For example, he has inspired countless EPs around the world to adopt the uninterrupted anticoagulation protocol which has become the international 'gold-standard' for increased peri-procedural safety of ablations, and has also long-championed wide-spread adoption of both the circular (Lasso) mapping catheter and the ICE (intracardiac-echocardiographic camera); both contributing to enhanced ablation safety and efficacy.

As a renowned visionary and an early thought leader as well, Dr. Natale has garnered great respect and admiration among his peers in every country where EP is practiced. And recently, some of his early work from 1999 to 2001 has resurfaced in which he had pioneered such insights as adopting a more antral perspective to his 'extended PVI concept', including urging the field of EP to add posterior left-atrial wall isolation (PWI) to the basic PVI procedure, and thus leading to considerably improved average ablation success rates.

Of note, it took almost 20 years for much of the field to discover that Andrea Natale had been right all along and far ahead of the curve, in his vision for how to improve the basic PVI ablation by including the PWI.

As another example, for years Dr. Natale has pushed the field forward toward embracing more comprehensive and effective ablation strategies through his tireless educational efforts around the globe, not just for the more basic paroxysmal AFIB cases, but also to achieve similar efficacy and freedom from all atrial arrhythmia ... even for the most challenging advanced cases ... such as persistent and long-standing persistent AFIB (LSPAF). Previously, these more difficult forms of AFIB remained poorly treated.

As noted above has done so, in-part, by underscoring the need to expand ablation targets beyond a basic PVI to embrace detection and ablation of confirmed non-pulmonary vein triggers in addition to recognizing that greater success with the toughest LSPAF cases will often require carefully selecting patients for left atrial appendage isolation.

Dr. Natale devotes a tremendous amount of his valuable time to international EP conferences as a keynote speaker and thought leader. I have had the pleasure of attending many of these conferences over the last decade, and in so doing it has been inherently obvious how passionately Andrea Natale embraces his role as mentor and inspiration to numerous electrophysiologists and cardiologists from almost every country and continent, ranging from younger fellows to expert EP physicians.

In recent years, he has also joined a robust twitter EP group that works much like an on-going advanced EP fellowship program, offering uniquely valuable real-time access to elite leaders of the field. At times, this includes even in the very midst of an on-going procedure when a less experienced operator may reach out for mentorship to some of the world's top ablation experts such as Andrea Natale. Without a doubt, this is one of the most valuable uses I've seen for this online platform.

From the major centers of Dr Natale's EP career, as Director of the programs at Cleveland Clinic, California Pacific Medical Center, Scripps Hospital in La Jolla California, and most importantly at St. David's Medical Center ... he has twice duplicated creation of the world's highest volume AFIB ablation research centers ... at first Cleveland Clinic then followed by even more impressive results with his unmatched center at St. David's in Austin.

And in the process, since the mid-1990's, Andrea Natale has become the single most experienced ablation maestro in the world with roughly 11,000 ablation procedures under his belt with his consistent annual average of approximately 500 procedures a year!

As mind-blogging as that statistic is, what is even more impressive is the fact that over 75% of Dr. Natale's annual caseload is comprised of persistent and LSPAF patients, the most challenging kind. Only other EPs on the front lines of the field can truly appreciate the rarity of such an accomplishment.

It would literally be impossible to duplicate such a feat without mirroring Dr. Natale's unprecedented career path that will likely never be repeated, including having earned the trusted referral of so many other top EPs who often send some of their most difficult cases to his care when, after an ablation or two, they just aren't getting the results normally expected, and thus punt such cases to Dr. Natale to fix.

The Patients - where the rubber meets the road

No doubt, many of Dr. Natale's close colleagues can attest as well to his profound technical and scientific impact on the world of electrophysiology. However, it is his equally profound impact on all of us AFIB patients that remains Dr. Natale's heart and soul as his true motivation; and what gives all this incredible expertise such meaning.

For all of his technical accomplishments and prowess, Dr. Natale's most impressive characteristic is as a true champion for those many thousands of patients who have had the good fortune to entrust their hearts care to his hands over the years. And for the legion's more who are also now 'ex-Afibbers' that have been treated by other top EPs who took advantage of, and have thus benefited greatly from, Andrea Natale's generously shared insights and expert mentorship.

When Hans Larsen, a Canadian engineer who founded Afibbers.org in 1999, turned this valuable resource over to my care eight years ago, I hadn't fully realized what a gift that was for me as well.

Not only had I benefited enormously from a two-part expert ablation process by Dr. Natale around 13 years ago that entirely eliminated what, by then, had become an aggressive case of highly symptomatic persistent AFIB that had evolved over 16 years. And indeed, I haven't had a single beat of any atrial arrhythmia since completion of his process! Without walking in our shoes, one can't possibly feel the true impact of being freed from such an entrenched more than decade-long losing battle with the beast that having to live with advanced AFIB often becomes.

This unique gift that Hans gave to me, and that I daily get to savor as current president and editor of Afibbers.org, is to witness with such consistent regularity via the many forum posts and ocean of phone calls I so often receive from other, now largely former Afibbers, who recount to me the very same essence of my own experience that they now share as well. This, along with their own expressions of gratitude, most often courtesy of the maestro hands of Dr. Andrea Natale.

One of the consistent accounts I repeatedly hear from Afibbers who have first met Dr. Natale at the beginning of their expert ablation process, is how calm and steady he appears to be, and yet he innately conveys a truly humble self-confidence. We also hear repeatedly how well he listens too, and genuinely cares for his patients, though these traits come as no surprise to those of us who previously have experienced the very same reality. One can read such reaffirming recounts via the advanced search function on our Afibbers Forum going back over 18 years of such powerful anecdotal experiences.

Indeed, it's little wonder why a tidal wave of Afibbers from not only our forum, but from that of other top AFIB resources online, also reinforce what we know to be true, that Dr. Andrea Natale is a genuine legend in not only his technical field of electrophysiology, but in the well-earned respect and admiration of his colleagues world-wide.

Most importantly, though, he has also earned the trust, admiration and gratitude from many thousands of patients he has successfully treated. Including well over a thousand now who have sought him out from our own forum over the last two decades for their own freedom from AFIB!