More than 50 million Americans struggle with overactive or hypersensitive immune systems that feel as though your body is in a constant battle. It could be due to something you ate, inhaled, touched, or injected into your body.

Non-stop allergies, life-threatening anaphylaxis, and crippling autoimmune diseases are products of a system designed to protect you that went haywire. As of yet, there are no cures to allergies and autoimmune diseases, but a new study may bring us a step closer to fixing the issues.

Researchers used transgenic mice and cultured cells from human tonsils and found evidence of how human bodies defend against mistakes that arise from conditions like asthma, lupus, and food allergies.

Paula Gonzales-Figueroa, co-author and immunologist front the Australian National University, says that there more than 80 autoimmune diseases wherein most have been found by researchers to have antibodies that bind with the body's own tissues and attack it instead of targeting foreign pathogens such as bacterias and viruses.

Figueroa adds that the team has found neuritin as an efficient natural protein that suppresses the formation of rogue plasma cells that, in turn, produce harmful antibodies.

For years science has known that the immune system's regulatory T-cells suppress self-targeting antibodies and immunoglobulin E, which are the antibodies that trigger the release of notorious histamines in response to allergies--but the how remained a mystery.

It took researchers five years with engineered mice's help and cultured human cells to figure out how the body reacts to allergens. 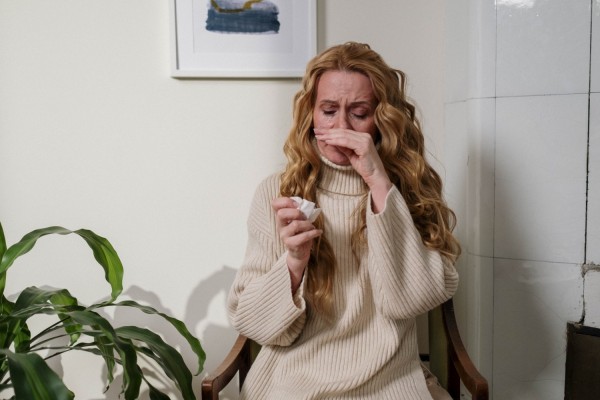 (Photo: Photo by cottonbro from Pexels)

Allergies and the Immune System's Overreaction

Chain reactions in the body by a class of cells known as follicular regulatory T pumps out neuritin that reduces the production of Ige's and suppresses other processes that send rogue plasma cells out on self-targeting missions.

On the other hand, when Tfr-deficient mice were injected with neuritin there were striking results.

Figueroa and her colleagues wrote in their paper that Tfr-deficient mice injected with neuritin appeared to be healthy, adding that the treatment led to rogue plasma cell populations' disappearance.

Researchers, however, caution that they are yet to find out the definitive effects of neuritin on other cellular processes and have only scratched the surface. Although neuritin has been studied in human nervous systems for a while now, the exact way it affects and triggers cells remain a mystery.

Carola Vinuesa, lead author and a professor at ANU said that the study may be more than a new drug but could, in the long run, turn the tables on how allergies and autoimmune diseases are treated.