The first-ever COVID-19 case may have occurred in the Hubei province of China in early October 2019, an analysis revealed.

According to a Mail Online report, it was only in mid-December when the coronavirus was officially reported in China. It was purportedly detected in Wuhan at what's presently identified as the 'notorious' Huanan wet market.

However, a recent analysis of the spread of the virus, as well as its so-called 'molecular lock' showed it was most likely already established in Wuhan by December and had been transmitting at low levels in Hubei in early November 2019, and possibly, even as early as the middle of October.

However, because of the unusual symptoms of COVID-19 and an originally small number of infections, it was difficult to detect the pathogen.

Consequently, the virus only caught the authorities' attention, when a bunch of mysterious symptoms associated with the Huanan Seafood Market was identified in December.

This then led to the now-discredited notion that the wet market, where a wide range of animals was sold, both dead and alive, was where the pandemic originally came from.

ALSO READ: COVID-19 Vaccine: Should People With an Autoimmune Disease Get a Shot? 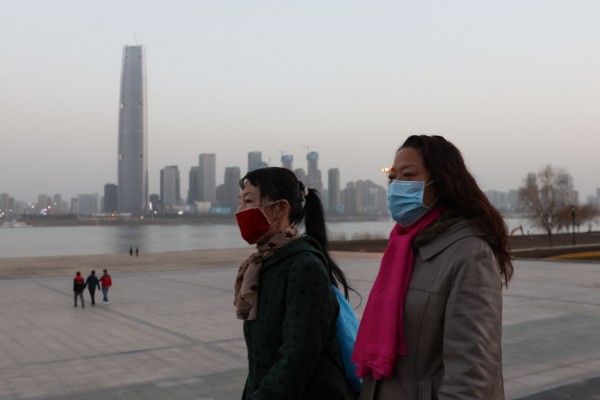 His team studied roughly more than 580 early virus Samples from Hubei to look for their most recent common ancestor from which all of them descended. As a result, the team found, they dated back to around early December.

However, reports of an uncommon pneumonia-like condition were coming out from Chinese media prior to the said date.

As a result, the study investigators said that the only logical explanation is that the virus's first form, which jumped from an animal into a human, was a weak variant that rapidly went extinct.

Nonetheless, before it vanished, the researchers speculated it mutated to turn into a more potent strain then spread throughout Wuhan and, later, the entire world.

In their study which Science published (Timing the SARS-CoV-2 index case in Hubei province), the researchers wrote that in their key analysis that they assume that November 17, in particular, represents the first documented COVID-19 case.

They conducted a further investigation under this assumption through the use of a computer model. Then, accounting for a pause in transmission, detection, and developing symptoms, the first-ever COVID-19 case took place on around November 4, 2019, in Hubei, according to the study investigators' calculation.

Nevertheless, the researchers added that this number could be as early as October 7. They also said they struggled to identify a geographical location for the origin of the virus. However, they said that if the initial variant, which was weaker compared to the Wuhan variant, and all succeeding mutations appeared in a rural location, it would have needed to migrate to an urban area to survive.

The research also indicated that the lack of reports of COVID-19 somewhere else in China in November 2019, and early December in 2020, proposes that Hubei province is the place where human-to-human spread chains were established.

The study investigators added that their research findings do not shed light on if the initial case caught the virus directly from bats or through an intermediate host, although it does 'further distance' the first-ever COVID-19 case away from the Huanan Seafood Wholesale market.

A related report is shown on BBC's YouTube video below: