The first full moon of spring this year can be seen by stargazers of all ages going outside on Sunday night. 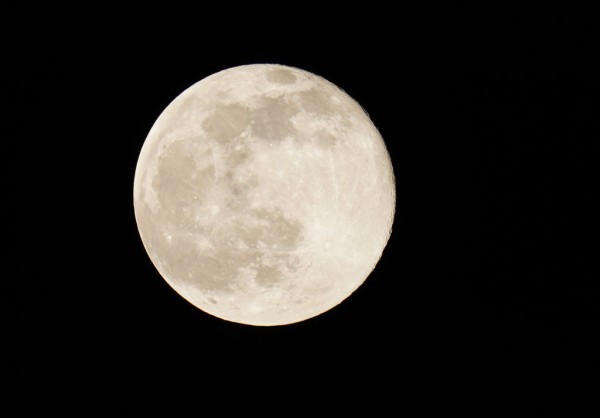 The Worm Moon is also a supermoon, which happens while the moon is at or near its nearest approach to Earth, making it look bigger and lighter in the sky.

Until Mother Nature sends a blanket of dense clouds over the horizon, the case next week should be a breeze to watch.

On the night of Sunday, March 28, the moon will rise in the eastern sky at 7:48 p.m. Universal Time.

According to WJHL, the March full moon happens in the winter, before the spring equinox. It happens this year in the spring.

The Sun will absolutely illuminate the orb's Earth-facing visibility on the night of the Full Moon, Express.co.uk said.

The moon passes through eight distinct phases every 29.53 days, referred to as the lunar cycle.

Why Is It Called A Super Worm Moon?

As the Northern Hemisphere enters spring, March is a seasonal month, with the days becoming longer and hotter. The full moon in March is known as the "Shifting Moon" because of the changing climate.

The field continues to loosen enough for earthworm casts to reappear at this time of year, according to the Old Farmer's Almanac website.

The Old Farmer's Almanac said the full moon would invite robins and different birds to feed as a start of the spring season.

This is only one of the many nicknames given to the full moon in March over the years.

"One such name becomes the Full Sap Moon, as that is the time of the year while the sap of sugar maples starts to flow," the Old Farmer's Almanac continued.

Native Americans, according to Royal Observatory Greenwich, call it the worm moon as the worm tracks would usually in the recently thawed soil.

This full moon could be considered a supermoon by some. This is because it is the year's fourth-closest full moon. The next three full moons will be more together, with the supermoon in May being the official one.

How to Watch The Super Moon

Do you want to see the Super Worm Moon but aren't sure how to go about it? Make sure you're in a light-polluted place, such as a garden spot away from the street lights. A telescope can have a much clearer view, so those fortunate enough to own one can place it in the backyard.

RELATED ARTICLE: Astronomy 2021: Your Guide to The Full Moons, Eclipses, And Meteor Showers This Year!