A new study shows that eating processed meat - such as sausages, ham, and bacon - could lead to increased risks of dementia and even Alzheimer's disease.

Researchers from the Nutritional Epidemiology Group at the University of Leeds in the United Kingdom report that a daily portion of only 25g of processed meat - about a slice of bacon - has been associated with as much as 44 percent of increased risk of developing dementia.

Details of their study are published in an article titled "Meat consumption and risk of incident dementia: cohort study of 493,888 UK Biobank participants," appearing in the online portal for The American Journal of Clinical Nutrition. 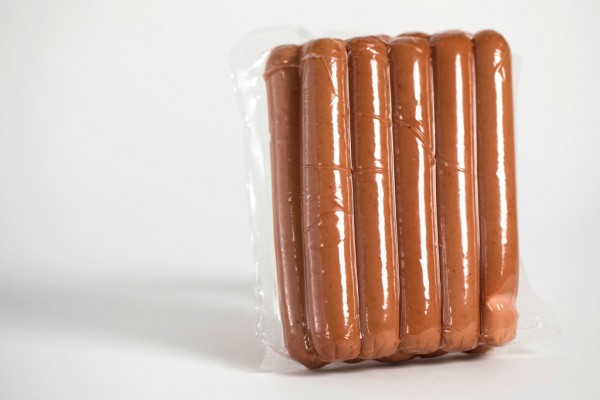 (Photo: Photo illustration by Dan Kitwood/Getty Images)
LONDON, ENGLAND - FEBRUARY 16: A photo illustration of processed meat on February 16, 2018, in London, England. A recent study by a team at the Sorbonne in Paris has suggested that 'Ultra Processed' foods, including things like mass-produced bread, ready meals, instant noodles, fizzy drinks, sweets, and crisps, are tied to the rise in cancer.

A Cohort Study of Almost 500,000 Links Processed Meat With Dementia

The University of Leeds researchers used data from the UK Biobank - a nationwide database that contains comprehensive genetic and health history details from almost half a million participants in the United Kingdom aged 40 to 69 years old - to examine whether eating different types of meat is related to risks of developing dementia later on in life.

With an average of eight years worth of follow-up, researchers discovered 2,896 cases of dementia from the participants. Researchers, however, noted that those who ended up having the disease were mostly from the older people and those who were "more economically deprived," as well as those with greater tendencies toward smoking and less toward exercise.

While some of these participants were already more likely to develop the medical condition due to established genetic factors - about three to six times more likely than average - the findings still suggest that dementia risks from eating processed meat remained regardless of genetic predisposition towards the disease.

Furthermore, the study covers the frequency of processed meat consumption, on a scale of "never to once or more daily,' spanning 2006 to 2010 from the UK Biobank data. However, the study does not include the effects of a vegan diet on dementia risks but notes people who said they do not eat red meat.

"Worldwide, the prevalence of dementia is increasing, and diet as a modifiable factor could play a role," says Huifeng Zhang, lead researcher and a Ph.D. student at the College of Food Sciences and Nutrition at the University of Leeds, in a news release from the university. He adds that their work is the latest addition to the growing body of evidence that links processed meat to the development of non-transmissible diseases.

The University of Leeds' release also notes that there are about 50 million cases of dementia recorded globally, with close to 10 million added every year. Alzheimer's Disease makes up 50 to 70 percent of these cases, with vascular dementia responsible for about 25 percent of the diagnosed cases. Dementia has been associated with a variety of genetic and environmental factors such as diet and lifestyle, in addition to what has been reported in the latest study.

"Anything we can do to explore potential risk factors for dementia may help us to reduce rates of this debilitating condition," said Professor Janet Cade who, together with professor Laura Hardie, supervised the study. "This analysis is a first step towards understanding whether what we eat could influence that risk."

Check out more news and information on Nutrition in Science Times.