Average adults - like voters and community leaders - tend to show more concern about plastic and other forms of ocean waste after watching kids' presentations.

A new study conducted by North Carolina State University researchers was built on previous studies that showed kids learning about climate change also leads to increased environmental concern on their parents. The new study shows a wider impact of educating kids and kids' presentations beyond their own families. 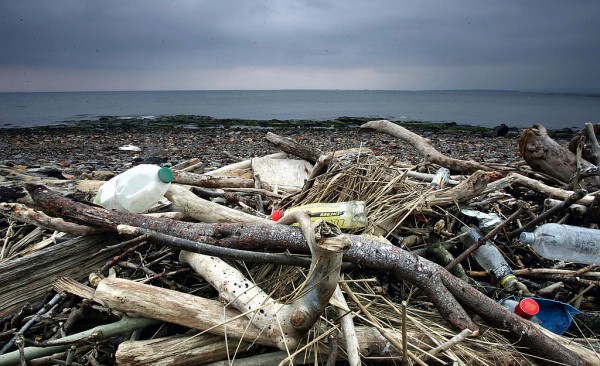 (Photo: Photo by Christopher Furlong/Getty Images)
PRESTWICK, SCOTLAND - MARCH 22: Tyres, plastic bottles and general rubbish washed up by the sea litter the beaches in Prestwick, Scotland, 22 March 2005. A survey conducted by Beachwatch in September of last year monitored 46 beaches in Scotland and a total of 250 in the UK. The main source of litter (33.4%) was beach visitors. This was followed by sewage-related debris (26.1%), fishing debris (9.9%), and shipping (2.3%).

ALSO READ: Parents Who Do These 5 Things Produce Successful Kids, According to Science

In the article "Youth Can Promote Marine Debris Concern and Policy Support Among Local Voters and Political Officials" appearing in the latest Frontiers in Political Science, researchers detail surveying adults who were shown kids' presentations created by about 2,500 elementary students - grades four and five - in North Carolina. The students were also made to accomplish short lessons created by the Marine Lab Community Science Initiative at Duke University. Lessons covered how plastics and other discarded trash find their way to the waterways.

After the lesson, students were tasked to create either in-person presentations or their own public service announcement (PSA) videos to be shown to the community's voters and political leaders.

"Our lab has already established that kids can have an impact across the dinner table, and it's cool to see that they can also have an impact within town halls, too," said Jenna Hartley, one of the authors of the study and a Ph.D. student in North Carolina's State Department of Parks, Recreation, and Tourism Management, in an NCSU release. She adds that the kids could close the partisan gaps in the adults' perception of the environmental issue.

In the school year 2018 - 2019, students were able to conduct eight in-person events - two school plays, curated an art show, and made presentations at a restaurant and at a school board meeting. Due to the coronavirus pandemic, almost all in-person presentations for the school year 2019 - 2020 were canceled except for one, having students create virtual PSAs instead.

Researchers then conducted surveys on some 172 adult respondents, 65 voters, and 107 local officials, who saw either the in-person kids' presentations or the online PSAs. They were asked to rate their "level of concern," on a scale of 1 to 5, about ocean waste before and after seeing the kids' presentations, with 1 as "extremely unconcerned" and 5 as "extremely concerned." The adult respondents were also asked to rate, on the same scale, their level of support for policy initiatives on the matter before and after watching.

After tallying the responses, researchers found out that the concern of their adult respondents on ocean waste increased, on average, from 3.93 to 4.42 after watching the kids' presentations. Support for ocean waste policies also increased from 3.92 to 4.40.

A larger change of heart was seen among voters compared to local officials, researchers noted. Meanwhile, there were no discernible differences in this change in opinion based on factors of gender, race, the medium of the kids' presentations, or even whether the adult respondents knew the kids who appeared in the performances.

Check out more news and information on Sociology in Science Times.