Research recently found that women with poor iodine levels are likely to have kids with impaired neurological conditions.

A ScienceDaily report said that dietary changes which include a rising trend towards the avoidance of iodized salt and bread, as well as reduced intake of animal products that contain iodine, can be a contributor to low iodine levels.

A small pilot study carried out by the University of South Australia comparing iodine levels between participants specifically comprising 31 vegan or plant-based dieters and 26 omnivores has identified the possible health risk.

Based on the study entitled "Iodine Excretion and Intake in Women of Reproductive Age in South Australia Eating Plant-Based and Omnivore Diets: A Pilot Study," published in International Journal of Environmental Research and Public Health, urine samples showed iodine readings of 44 ug/L among those in the vegan or plant-based group, compared to the omnivores' 64 ug/L level.

None of the two groups came close to the recommended 100 grams per liter of the World Health Organization.

Participants from groups who opted for the Himalayan or pink salt instead of iodized salt had severely poor iodine levels with an average of 23 ug/L. 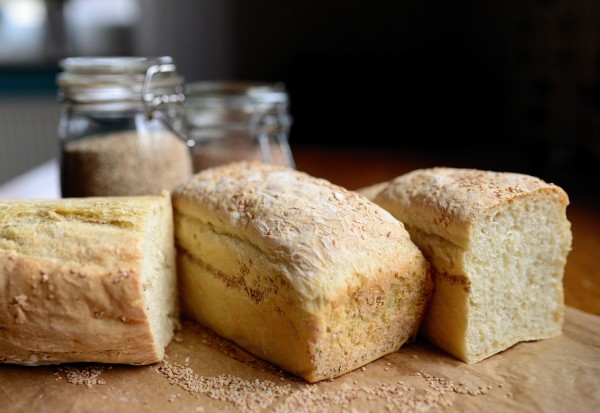 (Photo : congerdesign on Pixabay)
Dietary changes which include a rising trend towards the avoidance of iodized salt and bread, as well as reduced intake of animal products that contain iodine can be a contributor to low iodine levels.

While the initial study was carried out in South Australia, it constructs evidence on a 2017 US research that showed two billion people globally had iodine deficiency, resulting in 50 million who experienced clinical side effects.

During pregnancy, the research dietitian explained the need for iodine increases and a 150mgc supplement is recommended before conception and during the entire pregnancy.

Unfortunately, she elaborated, most women are not taking iodine supplements before conception. It is essential to take adequate iodine, she continued, "especially during the reproductive years."

Concerns about the association between iodine deficiency and impaired neurological conditions in infants prompted the compulsory fortification of non-organic bread with iodized salt in 2009 in Australia.

Previous reports said that women who take 100 grams of iodine-fortified bread every day, approximately three pieces each day, have five times higher probability of meeting their iodine intake than women who are not consuming that much. The average amount of bread women consumed during the study was a piece of bread.

Whitbread said that the growing preference of Himalayan salt over iodized table salt may become a problem. About 25 percent of women in the study said they were using pink salt with an insignificant iodine level.

Another problem is that, plant-based milks contain low iodine levels and are not presently fortified with this nutrient. None among the group met the estimated average requirement for calcium

The vegan or plant-based group did not meet the recommended levels as well, in terms of B12 without supplementation. However, their dietary intake of iron, vitamin C, folate, fiber and magnesium was higher compared to the meat-eaters.

A related report on iodine deficiency in women is shown on eZeLiving.com's YouTube video below: