Vandalism on street art poses unique challenges to those who seek to preserve these creations. In a meeting of the American Chemical Society (ACS), a team of Italian scientists presented a new method to remove over-paintings on street arts without damaging it.

Cleaning graffiti from street art is important because art has become a cultural phenomenon that adds to the beauty outdoors. However, they are vulnerable to vandalism that mars their beauty with unwanted graffiti.

According to MailOnline, the new process that the chemists invented involved loading non-toxic cleaners onto a thin polymer sheet known as hydrogels. Applying the special hydrogels unto to a vandalized surface of street art will remove the graffiti but will not damage the art.

Hydrogel will release cleaning agents that will slowly cover the top layer of a few microns deep that will remove the overpainting quickly. 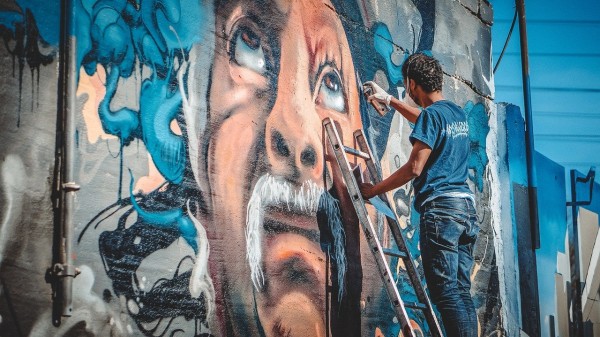 The Challenge in Cleaning the Graffiti Off the Concrete

Study co-author and chemist at the University of Florence Piero Baglioni said that cleaning or restoring classical artworks that used materials that lasted for centuries was the main focus of scientific research before.

On the other hand, modern art, like street art, and graffiti, use materials that were only meant to stay for a shorter time than classical arts.

He and co-author Michele Baglioni have been the pioneers of art conservation for almost 30 years, specifically in the areas of chemistry and colloidal science.

The biggest challenge so far with cleaning street art from graffiti is that both of them were chemically similar that makes it more difficult to selectively remove just the over-painting without damaging the original art, ARS Technica reported.

The scientists examined three different binder brands (acrylic, vinyl, and alkyd polymers) for their study. They found that there is not much difference between the three brands. However, different colors interact differently with different fluids because some pigments can be used as a catalyst for chemical modifications in the polymeric bonds.

But previous research from the chemists showed that alkyd-based paints are harder to remove than vinyl and acrylic paints because it tends to cross-link that makes it lose its solubility in organic solvents.

So, they devised a nanostructured fluid with the most effective combination of cleaning and put it into a hydrogel that is synthesized in the form of thin foil gels.

New Way to Clean the Graffiti Off the Concrete

The hydrogels can be cut and shaped as needed and adhere to the walls, according to the Daily Mail. They release cleaning agents when placed on a surface and very slowly remove the top layer of a surface in minutes or even seconds without damaging the original work underneath.

Michele said that the process was simple as they have experience with the chemicals used in the paint. They tried combining low-toxic alkyl carbonate solvents with biodegradable surfactants that reduce the liquid's surface tension.

The end product was the hydrogels that soften and swollen the overpaints which makes them easier to wipe off. They tested it in their fake art in the lab and then tried it on real street art in Florence with much success as it removed the black tags but not the street art itself.