The United States has received its first batch of genetically modified mosquitoes - testing whether the altered insects could prove efficient in controlling their numbers in the region.

As the culmination of a decades-long effort by local pest control authorities, the genetically modified mosquitoes have started in the Florida Keys - with 12,000 GMO eggs placed in strategic locations across Ramrod Key, Cudjoe Key, and Vaca Keys. At the start of its first phase, which is expected to run for 12 weeks, the eggs only need water to hatch and are expected to mature and integrate into the environment for the next week.

The genetically modified mosquitoes were developed by a US-owned, UK-based company named Oxitec. These genetic mutants are expected to serve as "living insecticide," controlling the population of mosquitoes without resorting to insecticides, which are known to have side effects. 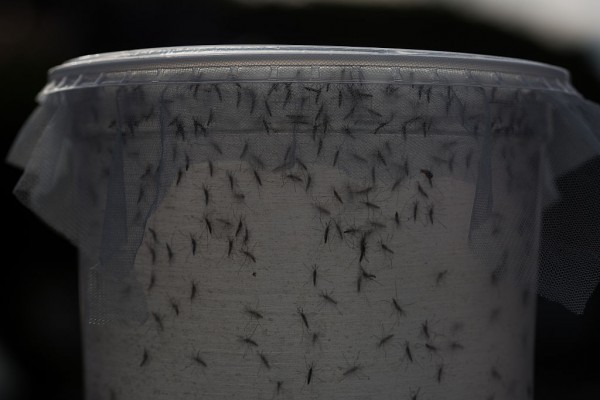 ALSO READ: Genetically Modified Mosquitoes in Florida Keys: What Can These Insects Do?

No to Mutant Mosquitoes!

The technologically innovative solution, however, is not met with a unanimously warm reception. A small and vocal group of local residents have expressed disapproval of the so-called "mutant mosquitoes" ever since the project was announced. Now that the genetically modified mosquitoes are here, they are not pleased.

"Our opposition has been long and strong," said Barry Wray, executive director of the Florida Keys Environmental Coalition, in an article by CNN. "We live here, this our home, and they're forcing this down people's throats."

Mara Daly, a Key Largo resident who has been opposing this project for eight years now, said that the only thing they can do legally at this point is to "stand in your yard with an insect fogger.

The organization also has a Change.org petition that aims to "Tell the EPA [the US Environmental Protection Agency] NO Genetically Modified Mosquitoes," with close to 238,000 signatures out of its 300,000 targets. The petition argues that Oxitec aims to use the areas of Florida Keys and Texas as "testing grounds" for the "mutant bugs." Additionally, the petition outlines that more than 30 physicians have also requested more evaluations of releasing these mutant mosquitoes into the environment, particularly on the risks of the GMO insects in relation to developing antibiotic resistance.

Releasing the Living Insecticides in the US

The recent deployment of genetically modified mosquitoes has been approved by the EPA last May 2020, starting with the Florida Keys phase. This project has the approval to release up to 750 million of these living insecticides in 2021 up until 2022.

This project looks at a particular species of mosquito - Aedes aegypti - an invasive species known to transmit a variety of dangerous diseases such as dengue, yellow fever, and the Zika virus. The Zika virus, in particular, has prompted a globally-concerted effort as a public health emergency in 2016 after finding an alarming rate of babies born with microcephaly - a medical condition characterized by unusually small heads - from mothers infected with the virus in French Polynesia and in Brazil.

The mosquitoes carrying this virus were soon found in more than 30 territories, which included Texas and Florida in the US.

With the Oxitec mutant mosquitoes, female Aedes aegypti are targeted - since they are carriers of the disease to humans as they hunt for blood to feed and mature its eggs. Males of the species, however, only feed on nectar and pose no threats to humans. The Oxitec insects carry a genetic code that kills all-female offsprings, triggered in the larval stage of the Aedes aegypti female.

Check out more news and information on Genetically Modified Organisms in Science Times.