May 2021 Astronomical Events: Your Guide to the Moon and Planets This Month

Summer is here, which means it's time to go stargazing. And if the nights are getting shorter as we approach the summer solstice, the last month of spring in the northern hemisphere this year hosts two of the year's most significant astronomical activities. 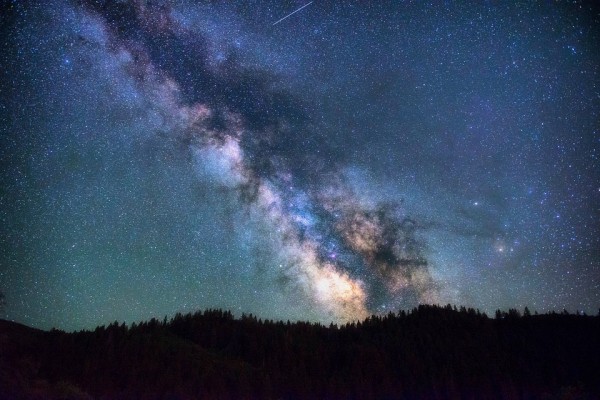 On May 26, 2021, the year's largest "supermoon" will undoubtedly be one of them, a sight that will be merely the largest-looking and brightest full Moon of the year for half of the planet.

Add on an unbelievably brilliant Venus in the post-sunset sky, a rare glimpse of Mercury in the "Seven Sisters" star cluster, and a near celestial conjunction between both of the inner planets, and May is set to dazzle.

Here's what you need to hear about when and where to see the best celestial and Moon sights in May 2021:

Mercury in the 'Seven Sisters'

May will be a fantastic month for the smallest, hottest, and fastest-moving world in the solar system. SciTechDaily said Mercury will come as close to the Sun as it could be on May 4, making this an excellent month to cross "the Swift Planet" off the bucket list. It will be around 2° from the Pleiades open cluster of hot, blue young stars-also known as the "Seven Sisters"-low in the west-northwest tonight, right after sunset. Look on Wednesday and Thursday, as Mercury and the Pleiades would always be similar together. Binoculars can be used until the Sun has set.

The Eta Aquariids will reach their peak On May 6, 2021, Express UK said. Stargazers should hope to see up to 40 shooting stars bearing down on Earth during the dark hours. Between the hours of midnight and dawn would be the perfect time to see it.

Are you one of the first to notice the 'young Moon'? There's an extra reward for those out looking for a 1 percent-lit crescent Moon in the post-sunset sky on May 12, 2021, in the shape of the planet Venus just 1 degree above, EarthSky said. This would be a badge of honor for certain keen-eyed moon-gazers. A 3.5 percent crescent Moon would be visible right next to Mercury and above Venus 24 hours later, making it a much better sight. Binoculars would be needed. This is also the New Moon that marks the close of Ramadan 2021, the Islamic fasting month.

This month, GoLocalProv said the second planet from the Sun shines as a brightly white "Evening Star." Venus will be very bright and moving closer to Mars this month. In fact, the said planet would be brighter than the Sun, with a magnitude of -3.9. As Earth and Venus get closer to each other, Venus will put on a dazzling summer display. Still, it will fall earlier each month and eventually slim to a crescent by December.

Fortune said a "supermoon" would pass through Earth's dim central umbral shadow in the early hours of Wednesday, May 26, 2021. It will cause a complete lunar eclipse for the first time in over two years. It would just last just 15 minutes and make the lunar surface a reddish-copper color for Western North America. If the sky is bright, it will undoubtedly be the most arresting sight of 2021 for those on the night-side of Earth at the time of this global event. Everything else on the planet will see a spectacular moonrise in the east at sunset. But there will be no "blood" moon.

Planetary Kiss Between Venus and Mercury

Westmorland Gazette said on May 28, the tiny planet Mercury descends rapidly back into the Sun after sunset, passing by the super-bright planet Venus. So, after sunset, look west to see the two worlds, which are just 0.5 degrees away and moving smaller. However, keep in mind that Venus will be even brighter than Mercury, so it will be a bit of a mismatch.

RELATED ARTICLE: Astronomy 2021: Your Guide to The Full Moons, Eclipses, and Meteor Showers This Year!