A team of researchers from Weill Cornell Medicine and Duke University has found an essential clue about why mother-to-infant HIV transmission occurs in some cases, although not in others. The unraveling of the mystery behind it also provides treatment clues to eliminate the infection in infants.

According to an ANI report, in their study, the researchers discovered evidence that links mother-to-child transmission of HIV to unusual variants of HIV in the blood of the mother that can escape broadly neutralizing antibodies (bnAbs), a developing treatment type that can be used to block a wide range of strains of HIV. The researchers also discovered these variants tend to contain genetic signatures.

The results offer a plausible way to predict if mother-to-infant HIV transmission will take place and point the way towards approaches that can aid in preventing such transmission, explained the researchers.

ALSO READ: HIV Vaccine Could Be Available in 2021, Expert Says 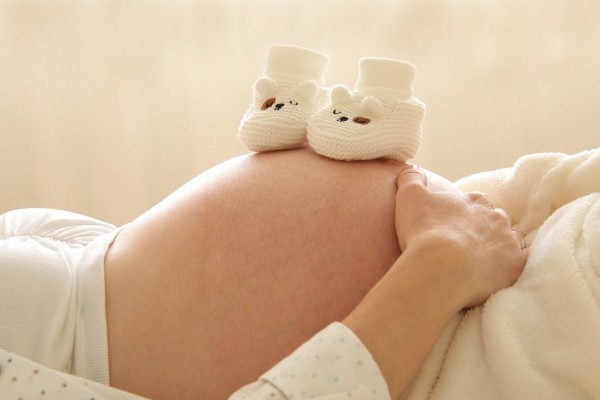 (Photo: Marjon Besteman on Pixabay)
Researchers found an essential clue about why mother-to-infant HIV transmission occurs in some cases although not others have long been a mystery, which also provides treatment clues to eliminate the infection in infants.

Results of the study entitled, "Mutations that confer resistance to broadly-neutralizing antibodies define HIV-1 variants of transmitting mothers from that of non-transmitting mothers," published in PLOS Pathogens, hint that treating pregnant women who test positive with HIV infection, or new mothers who have bnAb therapies might have an inadvertent impact of stimulating the variants' evolution that can resist these treatments and therefore, increasing the danger of mother-to-infant HIV transmission.

Senior author, pediatrics chair, and Nanci C. Paduano Professor in Pediatrics at Weill Cornell Medicine and Pediatrician-in-chief at NewYork-Presbyterian/Weill Cornell Medical Center, Dr. Sallie Permar said, their findings propose that vaccines or treatments for HIV-positive pregnant or nursing mothers need to be designed to prevent the progression of these resistant strains, to lessen the chance of HIV transmission to the baby.

A similar Medical Xpress report said that Mother-to-infant HIV transmission has long been an unsolved mystery since, even when the mother is infected and untreated, the chance of spreading the virus to the child is below 50 percent.

Researchers have hypothesized that the factors that identify if transmission takes place like in the immune system of the mother and/or in the HIV strains that circulate in her blood.

However, zeroing in on the transmission risk source has been a struggle, not least due to the antiretroviral (ART) drug treatment which, according to a ZEE5 report, is currently a standard for most HIV-infected people, would be possible to confound the results of any research of current patients.

Permar, together with her colleagues, evaded this problem by examining a collection of samples from the research of HIV-infected mothers and their babies conducted about 30 years ago, before the so-called 'age of ART.'

In other words, the difference between transmission and non-transmission appeared to be because of at least, in part to HIV strains that enable escape from maternal antibodies.

Eventually, the researchers assessed genetic sequences in the HIV strains from spreading and non-transmitting mothers and discovered that numerous genetic signatures were linked to the transmission against non-transmission.

The majority of the signatures were linked to the unusual ability as well, to escape neutralization by a number or all of a panel of bnAbs.

The latter-mentioned are antibodies that were initially isolated from a few individuals who are HIV-positive and are known to block a wide variety of HIV variants. They are also being developed as treatments for the infection.

These findings, according to Dr. Permar, propose that the presence of broadly neutralizing anti-body escape strains in the HIV-infected mothers' blood is a predictor of a higher risk of transmission to newborns.

A related report is shown on the United Nations' YouTube video below:

Check out for more news and information on HIV on Science Times.