South Africa to Ban the Breeding of Lions for Sport, Petting

South Africa has revealed its plans to ban the practice of breeding lions in captivity for trophy hunting or tourist petting in a move to make the experience more "authentic" for visitors.

The decision follows the publishing of a two-year study that examines the divisive practice of captive lion breeding in South Africa. The government-backed research examined the hunting, trading, and keeping industries in the region for lions, elephants, leopards, and rhinos.

After a review of the management and existing rules, the study found that the practice was potentially counterproductive against conservation efforts and also harmed animals in the wild. The government announced following through with these recommendations despite the risks of running against the hunting industry of South Africa.

"What the majority report says, with regards to captive breeding of lions: it says we must halt and reverse the domestication of lions through captive breeding and keeping," said Barbara Creecy, the Minister of Environment, Forestry, and Fisheries and a member of the National Assembly of South Africa, in a report published by BBC. 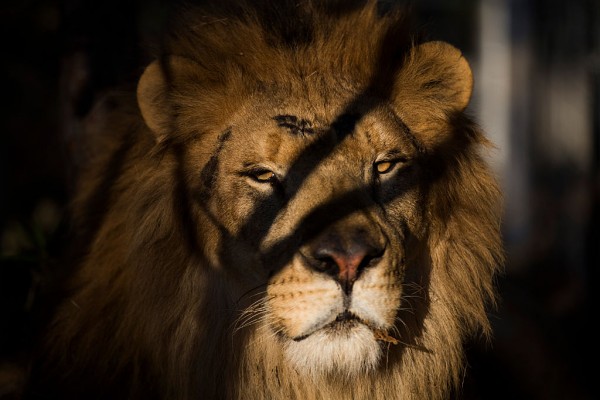 (Photo: Photo by Dan Kitwood/Getty Images)
VAALWATER, SOUTH AFRICA - MAY 02: One of the 33 Lions enjoys his new enclosure at the Emoya 'Big Cat Sanctuary' on May 02, 2016, in Vaalwater, South Africa.

Changes and Retentions in Lion Hunting and Breeding

The Environment Minister explains, however, that the regulated hunting of lions - those raised in the wild - will be allowed to continue, in a move that expressed the government's intent not to stifle the hunting industry. The hunting of wild lions remains a major source of tourism revenue for the African nation.

However, the report strongly advised against captive lions, which are bred in captivity and are mostly used for tourists to pet and interact with. Hunting lions bred in captivity remains a controversial topic, with the large numbers of the animal confined to enclosures lined with electric fences.

In the same statement, Creecy clarified that their intention with the latest move is to ensure that parties interested in "authentic wildlife hunting" will be getting the experience instead of hunting animals "taken out of the cage."

The population of lions in South Africa ranges from 8,000 to 12,000 across more than 300 farms. Lions bred in captivity are used for a variety of applications like hunting, tourism, and even academic research. These giant felines are also raised for their bones, which are used for more exotic purposes like medicine and jewelry in some parts of Southeast Asia.

An Examination of Life in Captivity

Back in 2019, researchers Viviene Williams and Michael 't Sas-Rolfes published the report "Born captive: A survey of the lion breeding,keeping and hunting industries in South Africa," appearing in the journal PLOS ONE. Citing a 2016 decision by the parties in the Convention on International Trade in Endangered Species of Wild Flora and Fauna, South Africa is expected to set a quota for the export of lion bones raised in captivity.

It then utilized data from a National Captive Lion Survey, which lasted from August 2017 to May 2018, showing the impact of a USA suspension on trophy imports from South African lions raised in captivity, saying that it would affect more than 4 out of 5 respondents and "economically destabilised" the industry.

Check out more news and information on Lions in Science Times.