Algae could be the new resource to make fibers, finishes, and dyes for the fashion industry. Scientists have used 3D printing technology to develop a sustainable material made from algae that are tough and resilient.

According to ZME Science, this algae-based material could be used in various applications like producing sustainable clothing for space exploration. 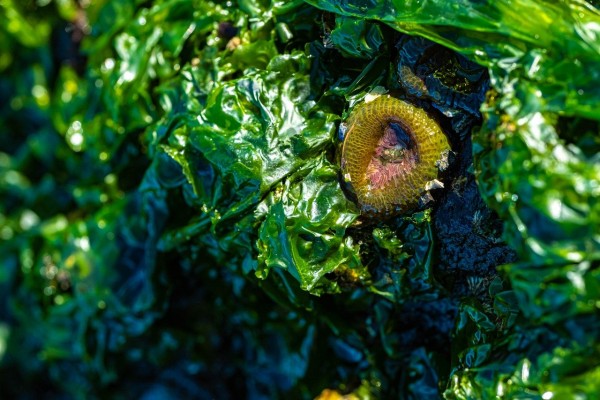 Algae offer an alternative to commonly-used materials that are less sustainable and could pollute the environment. Using sustainable clothing materials could help cut down on greenhouse gases and the use of fossil materials.

A team of researchers from Delft University of Technology (TU Delft) used 3D printing to create an environment-friendly material made from algae that have several potential applications.

Srikkanth Balasubramanian, the lead author of the study, said in a news release of TU Delft that using a 3D printer has made the fabrication of living functional materials into the first engineered photosynthetic material that can be used in real-life applications possible.

Researchers said that the material has the properties that people would want from clothing. It is flexible, tough, and has the ability to retain its shape even when it is twisted, crushed, or physically distorted.

Beyond Fashion: Algae-Based Material In Medicine, and Space Exploration

ZME Science reported that the features of the new biomaterial are a good candidate for various applications in areas like energy, medicine, fashion, and space exploration.

They noted that the artificial leaves still have the ability to use sunshine and convert water and carbon dioxide into oxygen and energy just like a real leaf during photosynthesis. They hope that it could be a way to produce sustainable energy in places where plants do not grow well.

Dress Made From Algae and Designed Using Algorithm

Scarlett Yang, a graduate of Central Saint Martins art school, created a biomaterial from algae that decomposed in just a few hours.

Euronews reported that Yang used algorithms to design the glass-like dress made from algae-based material and used 3D technology to create the dress. This saved her the wasted time and fabric that usually comes during clothing production.

Scarlett Yang’s dress made out of algae. It can decompose when introduced to water pic.twitter.com/9NaDCSOmgO

The only problem is that people can not wear it in the rain because it will disappear. The algae-based material can dissolve in water, so Yang had to find a solution. She discovered the silk protein and found that a textile mill in Japan throws them.

She combined the algae-based material and the silk protein to create the durable biomaterial. Yang has posted her designs of algae-based dresses on her Instagram account.

Check out more news and information on Algae on Science Times.