Do you miss the thrill of flying in an airplane? Qantas provides a once-in-a-lifetime scenic trip to see the Super Blood Moon up close and personal this month.

The flight will take off on May 26. It will take passengers on a three-hour scenic flight over Sydney before ascending to a height of 40,000 feet for the best view of the beautiful Super Blood Moon. The flight will be on a Boeing 787 Dreamliner aircraft operated by Qantas. 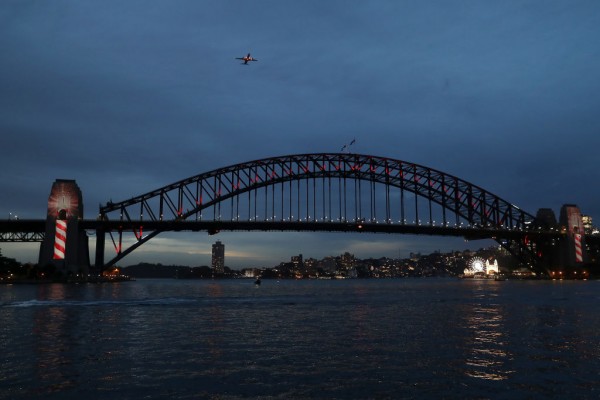 Airlines have turned to various inventive ways to make a little extra cash since Covid-19 forced the closing of international borders, decimating travel. CNN said several have advertised flights to nowhere and other gimmicks, too.

Qantas Flight To Supermoon: What Will Happen To This Mystery Flight?

The CSIRO will assist Qantas in determining the best flight route for moon viewing, ensuring that you get the best view of the Super Blood Moon possible.

"We are very excited to now be doing a super moon scenic flight and the 787 has the largest windows of any passenger aircraft so it's ideal for moon gazing," Ms Tully told News.com.au.

"We think this flight has great appeal for anyone with a passion for astronomy, science, space photography, aviation or just keen to do something a little out of this world," she added.

Sydney News Today said this is the first eclipse-viewing flight operated by Qantas since 2003, when it offered a 14-hour round-trip flight to view the solar eclipse. Only 130 fortunate passengers will be able to fly in this flight and tickets are scheduled to go on sale on Wednesday.

Passengers will also be treated to a special moon-themed menu (presumably filled with loads of cheese) and drinks as part of the experience.

Passengers will also be treated to commentary from CSIRO astronomer Dr. Vanessa Moss during the ride.

Qantas Flight To Supermoon: Tickets For How Much?

Given the success of Qantas' other gimmicky offers, such as its latest mystery flights, the experience is likely to sell out fast.

You can learn more about the event and buy tickets here.

Qantas Flight To Supermoon: Here's What You Need About Super Blood Moon

If you don't want to spend hundreds of dollars to see the moon from the sky, Science Times previously reported everything you need about the Super Blood Moon.

The best place to see the "Super Flower Blood Moon" will be Hawaii. In Australia and New Zealand, totality will be visible high in the sky later that night. Totality will be apparent to the east and west coasts of the United States just before the full moon sets in the southwest. Totality can be seen low in the eastern sky just after the full moon rises to the west on the east coast of Asia.

RELATED ARTICLE: May 2021 Astronomical Events: Your Guide to the Moon and Planets This Month