A shrunken head, formally known as a ceremonial tsantsa, was authenticated and returned to Ecuador back in 2019 - and its history and verification is the subject of a newly published study.

Shortly after it was rediscovered among the stashed exhibits at Mercer University in Georgia, US, the ceremonial item was authenticated using CT scans and cross-referencing features of the shrunken heads against 33 criteria involving hair and skin features. The history and the scientific process is detailed in the article "The authentication and repatriation of a ceremonial tsantsa to its country of origin (Ecuador)," appearing in the journal Heritage Science, May 11. 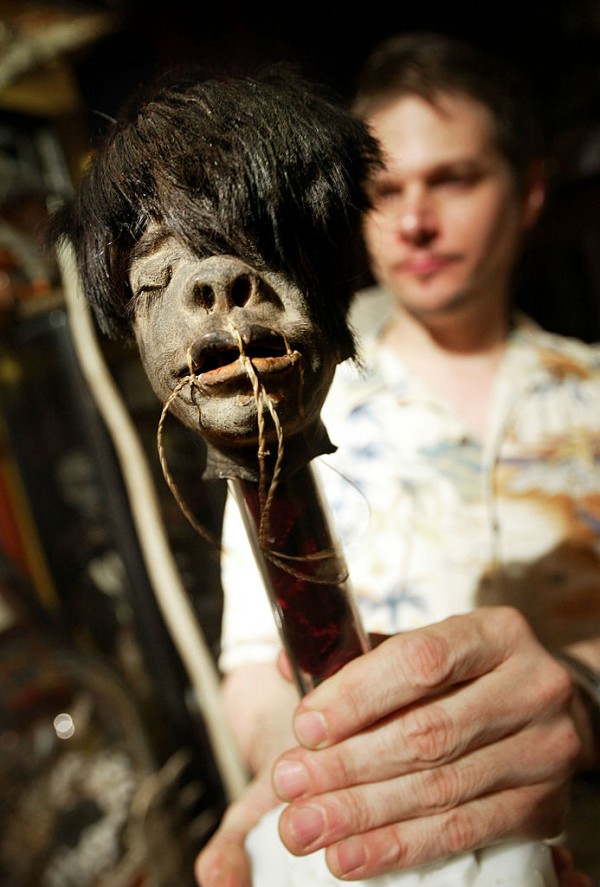 Tsantsas or shrunken heads are "unique and valuable artefacts" originally created by the  Shuar, Achuar, Awajún/ Aguaruna, Wampís/Huambisa, and Candoshi-Shampra (SAAWC) peoples - indigenous peoples living in Ecuador and Peru - until the middle of the 20th century.

The heads used in these ceremonial objects are from slain enemies and are subjected to a labor-intensive process that begins with the removal of the skull through the neck. A slice on the back of the ear allows the complete removal of skin and flesh from the skull. Then, seeds are placed into the nostrils with the lips being sewn shut. A small wooden ball keeps the roundish form and three pins (usually made from palm) hold the mouth together.

They then boil the flesh in water that contains a mixture of herbs, including local tannins. As for the head, it is dried out with hot rocks and sand, with regular molding done to maintain its human shape and features. The tsantsa is often coated in ash because locals believe that it prevents the soul of the slain from seeping out. The shrunken head is used for a variety of purposes - from believing that the soul of the defeated serves the victor to outright strike fear into the enemies.

Finding the Tsantsa and Its Rightful Home

In their paper, researchers describe a "recent transition into a new science facility" on the Mercer campus. During the move, faculty members found specimens of birds and mammals collected also from the mid-20th century. One of these artifacts was the Mercer tsantsa, recorded as being collected in Ecuador back in 1942 by a now-deceased university faculty.

The known history of the Mercer tsantsa begins with a Mercer faculty member who also served in the US military. Memoir entries from the deceased faculty describe an encounter with members of the Chicham linguistic family, described in the journal as "Jivaros." To obtain the shrunken head, the faculty member traded some of his own possessions - coins, pocket knife, and military insignia.

The authentication process included the inspection of the hair fibers on the tsantsa as well as those of the samples from skin surfaces. Then, researchers created a checklist to verify whether the shrunken head was actually of Ecuadorian origin based on input provided by the Ecuadorian National Institute of Cultural Heritage (INPC). These criteria - reaching a total of 33 checklist items - were drawn from previously published studies that focused on features and authentication of ceremonial heads.

By February 2019, the shrunken head had been shipped to the Baptist MD Anderson Cancer Center for a CT scan. Finally, researchers were able to affirm 30 out of 33 criteria, which included inquiries on the head size, the presence of three holes in the upper and lower lips, and a signature three-tiered hairstyle consistent with SAAWC people's hairstyles.

RELATED ARTICLE: Is There Any Plan To Reconstruct Ecuador's Tallest Waterfall After It Has Gone Missing?

Check out more news and information on Indigenous Peoples in Science Times.