Researchers at the University of Westminster's Center for Nutraceuticals found that pink energy drinks could make an athlete run faster and improve their exercise performance by around 4.4% over clear fluids. 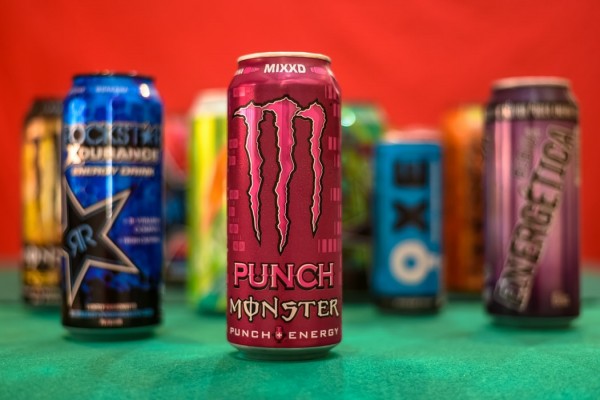 (Photo: Unsplash)
An energy drink is a type of drink containing sugar and stimulant compounds, usually caffeine, which is marketed as providing mental and physical stimulation. Energy drinks have the effects caffeine and sugar provide, but there is little or no evidence that the wide variety of other ingredients have any effect. Most effects of energy drinks on cognitive performance, such as increased attention and reaction speed, are primarily due to the presence of caffeine. Other studies ascribe those performance improvements to the effects of the combined ingredients.

According to the university's news release published in PR Newswire, the study is the first to investigate the effect of drink color on exercise performance and provided a new insight for future studies on sports drinks and exercise.

Researchers asked the participants to run on a treadmill for 30 minutes at their own pace to make sure that their rate of exertion remained consistent.

They were asked to rinse their mouths with either pink or clear energy drinks throughout the exercise. Both of the pink artificially sweetened and clear energy drinks were low in calories. Ultimately, both drinks are exactly the same, with the only difference is their color because they added a food dye to the pink drink to change its appearance.

Participants started exercising by drinking the clear energy drink and then the one with pink food dye. Those who drank the latter had a running record of an average distance of 3.13 miles (5,047 meters), which is 696 feet (212 meters) greater than the former with only 3.00 miles (4,835 meters).

Study author Sanjoy Deb said that color's influence on athletic performance has been gaining a lot of interest recently, from its effect on the athlete's kit to the impact on their testosterone power, Daily Mail reported.

In the field of gastronomy, color has been widely received with interest, especially since several researchers have published studies on how colors could affect flavor perception when eating or drinking.

"Adding a pink colorant to an artificially sweetened solution not only enhanced the perception of sweetness but also enhanced feelings of pleasure, self-selected running speed and distance covered during a run," Deb said.

The team chose pink food dye because it is typically associated with the sweet flavor, which increases a person's expectations of sugar and carbohydrates in energy drinks.

The study is built on the results of previous studies that showed rinsing the mouth with carbohydrates could enhance exercise performance by reducing the perceived intensity of the activity.

Researchers in this recent study wanted to test whether using pink food dye on an energy drink with no carbohydrates could elicit a similar response through a placebo effect.

"The findings from our study combine the art of gastronomy with performance nutrition," Deb said.

The team said that future research on this topic could look into whether the placebo effect in their study could cause a similar effect to areas of the brain activated as when a person rinses their mouths with carbohydrates.

Check out more news and information on Colors and Perceptions in Science Times.