New Harmless Bacteria Strain Could Fight Dog's Bad Breath, Could Last for Up to Two Hours!

A team of scientists from the University of Arizona believed to have found the cure for the dog's bad breath that can sometimes be worse than their bite. They developed a new harmless bacteria strain that eliminates the foul smell of the dog's breath for up to two hours.

It is far from traditional means of eliminating halitosis in dogs that include using toothpaste and chew treats that only cover up the smell with other scents.

The new bacteria strain is harmless and can completely eradicate the foul smell when added to the formula of dog food and treats. It is still in the developmental phase, but scientists are improving its duration and efficacy to make it last for up to eight or 12 hours. 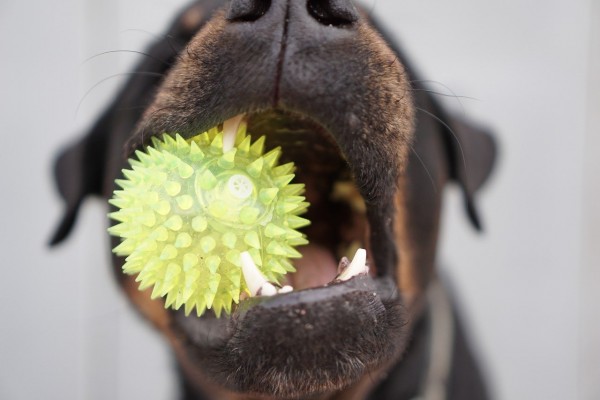 When added to dog food and treats, the harmful bacteria strain produces a minty aroma that improves the breath of dogs, said assistant professors and inventors of the bacteria Eric Lyons and David Baltrus of the university's College of Agriculture and Life Science School of Plant Sciences.

Lyons and Baltrus developed the strain by screening hundreds of bacteria found in dog mouths and identified 20 harmless bacteria that can easily be modified, according to the news release of the University of Arizona.

For encoding enzymes to produce the minty aroma or pear smells, the scientists combined various DNA constructs and put those into selected bacteria that are best for further development and optimization.

Lyons said that he and business development professional Scott Zentack was sitting around a campfire with their dogs when he thought of developing a cure for canine halitosis.

He recalled thinking that time that available technology and knowledge in science can enable scientists to modify bacteria and the lab. So, he thought, why not make a bacteria strain that bad breath in dogs and make their breath smell better.

The scientists collaborated with the university's commercialization office Tech Launch Arizona to build the startup uPetsia that commercializes the new technology.

The company is now conducting product trials and working with industry partners to develop methods in integrating the new harmless bacteria strain into existing pet foods and treats.

According to the Daily Mail, the team is now considering expanding their technology to suit it to other pets other than dogs. But for now, uPetsia's first target market is the dogs and their owners.

"We hope that future trials can help transition the product from an additive that only cures bad breath in pet animals into one that can prevent tooth decay and other oral maladies," Lyons said.

Lyons believes that the applications of their new technology could be vast and that it will eventually find a home among all sorts of pet foods and treats, as well as pet oral care products.

RELATED ARTICLE: Left or Right-Pawed: Dogs Can Be Just Like Humans With Preference on Using Their Hands

Check out more news and information on Bacteria and Dogs on Science Times.