Researchers from Heidelberg University's Institute of Earth Sciences explained that the particles found their way into the overlying rock mantle over millions of years. 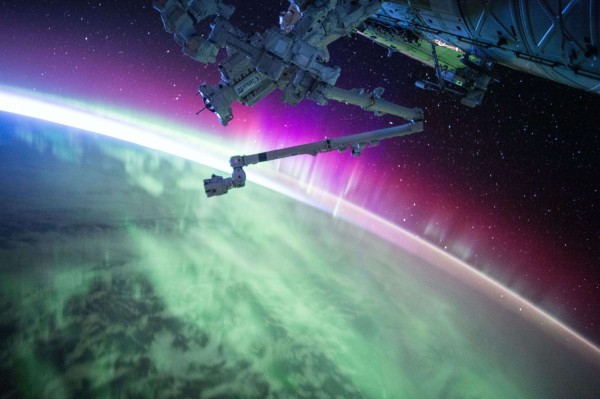 (Photo: NASA on Unsplash)
[PHOTO FOR REPRESENTATION ONLY] Earth's core

Experts examined the solar noble gases they discovered in an iron fireball. They typically use these items as natural templates for the Earth's metallic core due to their chemical composition.

Five percent of all known fireball discoveries on Earth belong to the unusual class of iron comets. The majority are remnants from more giant orbs that developed metallic cores in our Solar System's first one to two million years.

The Washington County iron fireballs, which experts are now analyzing at the Institute of Earth Sciences' Klaus Tschira Laboratory for Cosmochemistry, were discovered almost 100 years ago. They derived the name from the spot where experts found it in Colorado (USA).

Dr. Mario Trieloff, professor and head of the Geo- and Cosmochemistry study department, said the samples resemble a metal discus. The measurement is six centimeters tall and weighs around 5.7 kilograms.

The existence of a solar aspect in the iron meteorite was eventually shown definitively by the researchers. They calculated that the specimens from the Washington County fireball contain noble gases with concentrations of helium and neon that are common for the solar wind.

"The measurements had to be extraordinarily accurate and precise to differentiate the solar signatures from the dominant cosmogenic noble gases and atmospheric contamination," Dr. Manfred Vogt, a member of the Trieloff team, said in a Science Daily article.

ALSO READ: Meteor Seen Above Florida: Did It Light up the Skies? [WATCH]

The team believes that the precursor materials of the Washington County parent asteroid trapped solar wind ions in the early Solar System. The noble gases trapped with the particles melted in the liquid metal that formed the asteroid's nucleus.

The Heidelberg researchers concluded that the center of the planet Earth could also contain noble gas components based on the findings of their measurements.

Another volcanism found on Earth?

Another scientific finding backs up this hypothesis. Prof. Trieloff's group has been testing solar noble gas isotopes of helium and neon in igneous rock from oceanic islands like Hawaii and Réunion for a long time.

These migmatites are the product of a unique form of volcanism fueled by mantle plumes that rise thousands of kilometers into the Earth's mantle.

Their high solar gas content distinguishes them from the shallow mantle, which submarines mid-ocean mountain ridge volcanic activity defined. "We always wondered why such different gas signatures could exist at all in a slowly albeit constantly convecting mantle," states the Heidelberg researcher in a Eurekalert report.

Their observations tend to support the theory that solar noble gases in mantle plumes originate in the planet's core and represent solar wind particles from the Earth's core.

"Just one to two percent of a metal with a similar composition as the Washington Country meteorite in the Earth's core would be enough to explain the different gas signatures in the mantle," states Dr. Vogt in a Science Codex article.

RELATED ARTICLE: Renewable Energy and Its Role To a Clean Energy Future