Last October 2012, Hurricane Sandy devastated New Jersey causing over $60 billion in damages and, sadly, claiming no less than 125 lives in the US. According to National Geographic power supplies for more than 7 million citizens were cut by the storm surge. At the time, it was the US' most expensive hurricane since Katrina, flooding the Mid-Atlantic and sending gushes of water to the New York subway system. 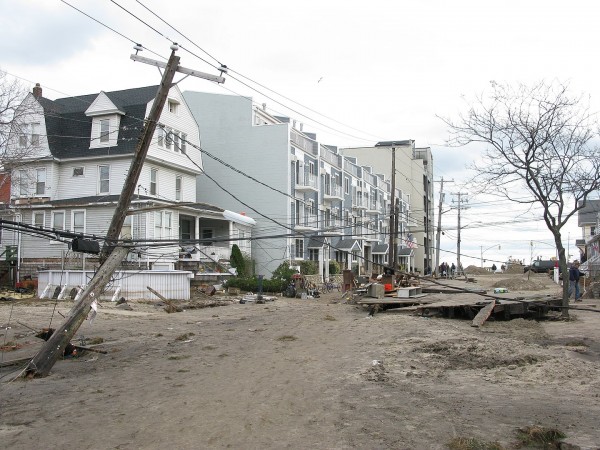 Hurricane Sandy will always be remembered as the record-breaking widest tropical cyclone in the Atlantic. Characterized by its tropical-storm-force winds, that expanded outward and up at roughly 820 miles from one stride to another. Sandy lashed in areas from Floria to the Bahamas to northern Maine bringing substantial snow in October to the seat slopes of the Appalachians.

A study published in the journal Nature Communications, entitled "Economic damages from Hurricane Sandy attributable to sea-level rise caused by anthropogenic climate change" found that climate change was singularly responsible for no less than $8 billion in monetary losses linked with Hurricane Sandy.

The authors of the study found evidence that climate change played a significant role in the storm surge or the rice in ocean water well above normally dry land, more severe, increasing devastation, and coastline inundation.

The study proves and strengthens arguments that the rise in the cost of human-induced climate change equates to the increasing price of climate-fueled natural disasters and subtle changes to everyday life forced to adapt to them.

In short, scientists can now re-create events and determine which specific aspects of its and its impact were caused or worsened by climate change.

The Washington Post reports that the study acknowledged the relationship between storms like Hurricane Sandy and climate change requires more in-depth studies and rather focused on coastal flooding. The relationship between drastic climatic changes, the melting of the polar ice caps, and the rising sea levels are now better understood and quantified.

Beginning in the 1900s, researchers have noted the global sea-level rise by more than 7 inches.

This equates to today's storm causing more surge damage than a century ago.

Experts developed a computer model simulating Hurrican Sandy's impact on various tidal and sea-level change scenarios. They wrote that 87 to 92% of sea-level rise in New York City can be directly related to human-caused climate change. Studies have previously documented that sea-level rise drove the increase of frequency, damages, peak, and height of historical coastal flooding. However, most of these considered factors as linear,

RELATED ARTICLE: Earth's Stratosphere Is Shrinking Due to Greenhouse Gas Emissions, May Contract Up to 1.3 Km by 2080