Researchers have recently discovered that ice sheets in Greenland's southwestern regions have been releasing dangerous amounts of mercury into nearby rivers and waterways. The recent discovery causes worry as toxic metal could accumulate in the endemic marine species that are a vital dietary component for local communities. 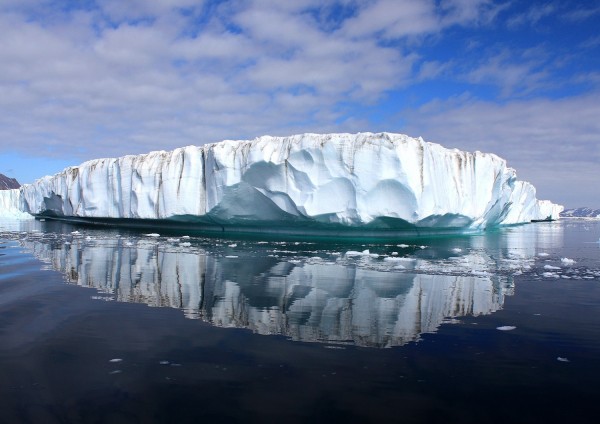 Mercury is a natural element found in the Earth's air, soil, and water. However, according to the World Health Organization, exposure to pure mercury, even the slightest amount, could pose serious health risks, especially to child development during the early stages of life.

Depending on the type, amount, and stage of life of a person, mercury could have toxic effects on a person's lungs, skin, eyes, kidneys, digestive, nervous, and immune system.

Mercury has found its way to most parts of the planet's hydro and biosphere, most fish sampled from different waterways have tested positive for mercury. Commonly, mercury is a byproduct of anthropogenic activity, its presence in marine ecosystems results in low solubility in water, accumulation of biological concentrations, chemical stability in sediments, and magnification in food webs.

Because mercury is naturally occurring, the metal can be found in some rocks. Researchers found that as glaciers in Greenland flow downhill, they grind up rocks and disturb sediment that could, potentially, release mercury into meltwater.

To find out whether the suspected phenomenon was occurring in Greenland, Jon Hawkings senior author from the National High Magnetic Field Laboratory Geochemistry Group, Florida State University, and his colleagues analyzed meltwater from the southwestern margins of the famed Greenland ice sheet.

Together with his team, Hawkings was able to complete two expeditions to Greenland. Here, researchers collected water samples from 3 meltwater rivers that received roughly up to 800 cubic meters of meltwater per second from the Ice Sheets. Samples were then filtered and removed of any sediment, then kept safe from contamination.

Researchers analyzed mercury contamination on each sample and published a study in the journal Nature Geoscience, entitled "Large subglacial source of mercury from the southwestern margin of the Greenland Ice Sheet" that reports an increase of at least 10 times in mercury contamination in the region, on average. This means that the mercury levels in the Ice Sheet waterways is paralleled to highly polluted rivers, except that this mercury wasn't introduced directly by human activity.

Hawkings explains that although humans didn't directly introduce mercury in Greenland meltwater rivers, the ice sheets are melting faster and faster as a result of climate change.

Researchers estimate that the rivers are exporting large amounts of mercury into downstream fjords carved out by moving glaciers. The region could be exporting roughly 42 tonnes of mercury annually which is 10% of the estimated global mercury export from rivers into oceans, New Scientist reports. The mercury concentration analyzed is the highest ever recorded in the scientific literature of natural waters contaminated by anthropogenic.

Mercury is among the core elements of global concern due to its toxicity that accumulates in various food webs. Hawkings explains that further up the food chain, mercury concentrations increase.