A new study recently found that vegetarians who are smokers and alcohol drinkers appear to be healthier compared to meat eaters who also smoke and drink alcoholic beverages.

A Mail Online report said, the statement came from the University of Glasgow, which discovered that vegetarians have a healthier biomarker profile that comprises lower cholesterol and inflammation levels, and a hormone that encourages cancer growth.

Specifically, researchers found that such biomarkers would help ward off adverse effects linked to smoking and alcohol consumption, regardless of weight and age in adults, along with diseases like kidney failure, for one.

The research team noted though, that the average vegetarian has lower levels of vitamins associated with bone and joint health, together with a substantially higher fat levels. 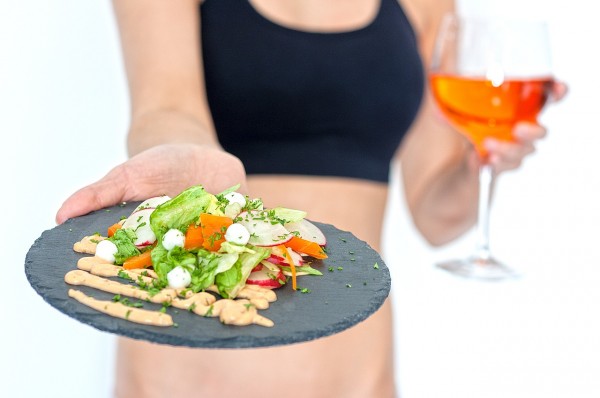 (Photo: Skica911 on Pixabay)
Researchers found vegetarians who are smokers and alcohol drinkers appear to be healthier compared to meat-eaters who also smoke and drink alcoholic beverages.

Having an all fruit and vegetable diet has become a popular way of lifestyle all over the world, with over 300 million people globally, who have sworn not to eat meat. More so, this new study dug deeper to find out what benefits this particular diet can provide.

EurekaAlert reported, the study authors examined urine and blood of more than 177,000 healthy participants in the United Kingdom, who reported no major changes took place in their diet over the past five years.

Around 4,111 participants classified as vegetarians and more than 166,500 claiming to be meat. The researchers investigated the link with 19 blood and urine biomarkers associated with diabetes, cancer, cardiovascular diseases, bone, joint, and liver health, as well as kidney function.

After they accounted for possibly influential factors such as gender, education, age, obesity, ethnicity, alcohol consumption, and smoking, the assessment showed that compared to meat-eaters, vegetarians had considerably lower levels of 13 biomarkers.

Such biomarkers include low bad cholesterol, liver functions associated with inflammation or cell impairment, and a hormone that stimulates cancer cell growth, together with low creatinine and protein levels that are known for worsening kidney function.

Disadvantage of Being a Vegetarian

Even though such markers are perfect for shielding people from developing diseases, being a vegetarian indeed, has an advantage.

These people who were tested low for several biomarkers which include good cholesterol and vitamin D and C, which are both essential for joint and bone health, according to the European Association for the Study of Obesity.

According to Dr. Carlos Celis-Moralis, from the UK-based University of Glasgow, their study findings provide "real food for thought."

Furthermore, he said, as well as not consuming red and processed meat which have been associated with heart diseases and certain cancers, people who are following a vegetarian diet tend to eat more vegetables, fruits, and nuts, which have more nutrients, fiber, as well as other possibly beneficial compounds.

Such nutritional variances may help explain the reason vegetarians seem to have lower levels of disease biomarkers that can result in cell impairment, as well as chronic disease.

Lastly, the study investigators emphasized that even though their work was extensive, it was observational and thus, no conclusions could be drawn about direct cause and effect.

A similar report is shown on Nutrition Made Simple's YouTube video below:

RELATED ARTICLE: Excessive Hummus Consumption: Is It Safe to Eat a Lot of This Healthy Snack?

Check out more news and information on Diet in Science Times.