There are seven million known plant and animal species on Earth today and more than one million are reportedly hopelessly towards extinction.

A Explica.co report specified that out of this total number, 25 percent of them are suffering some degree of threat.

According to Daniel Garcia, an Ecology professor at the University of Oviedo, the biodiversity of the world is shrinking at quite a fast speed.

The cause for an upcoming extinction, scientists said is distinctively human. This world is now immersed in the sixth worldwide extinction that impacts the Earth and that is going to have strong effects on the lives of people. 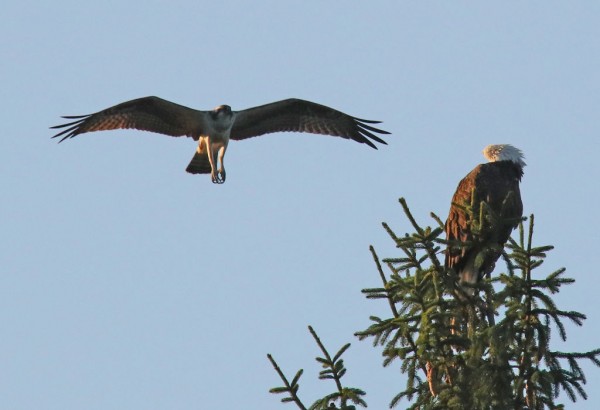 The said numbers, explained Garcia, are representations of an extinction situation that's equivalent to the great global extinctions known through fossils like the one at the Cretaceous period's end, which wiped the dinosaurs out.

The Cretaceous, according to the National History Museum, saw the first occurrence, as well as the initial diversification of Angiosperms or flowering plants.

Soon, insects and other organisms evolved to take advantage of the new sources of food, not to mention opportunities provided by the said plants.

In his opinion, the professor said, as earlier mentioned, this world is in the middle of the sixth mass extinction of Earth, only that, different from the past ones. This time, he continued, it is taking place in only a few centuries.

Garcia also said, the biodiversity the majority knows today and that many still do not know, which appears to be a huge portion, is in danger, and the populaces of a lot of species are severely reducing in number like, for instance, wild vertebrate animals, whose figures have reduced in half, in the last five decades.

Nevertheless, there is still time to reverse, or at least mitigate the biodiversity catastrophe to a great degree, since the eventual cause is "exclusively anthropogenic," and it is still associated with unsustainable use of natural resources by humans.

Solution Not Simple but Possible

The solution, the expert explained, may not be simple although it is possible. More so, this specialist elaborated, it engages expanding the extension of protected places and nature reserves to guarantee more species and more habitats in a particular condition of low impact and exploitation, not to mention, actively recuperating degraded ecosystems and devastated populations through ecological restoration initiatives like forest recovery, for one.

To such an initiative, must be added sustainable development's promotion so that, humans only use natural resources minus the deprivation of their next generations.

In addition, Garcia has insisted that species' mass extinction from a purely practical perspective, presumes a "huge shot in the foot of humanity," due to the fact that consumer goods vanish, like fish from collapsed fisheries or the razed forests' wood.

The 'Losses' Possibly Leading to Extinction

Such a loss comprises the loss of ecosystem services, as described in a CBC News report, that is, biodiversity's roles offered by ecosystems, and that leads to a direct effect on humans' welfare like biological control of pests or pollination which is needed for the production of crops.

Moreover, with less biodiversity, humans lose health due to the fact that habitats destruction is killing plants containing new drugs. In addition to that, it also stimulates the spread of contagious illnesses transferred from animals to humans.

And lastly, heritage is lost, said Garcia, since species, as well as natural landscapes, have an inherent and ethical value for a lot of people.

Related information is shown on CBS This Morning's YouTube video below:

Check out more news and information on the Extinction in Science Times.