Most of those infected with COVID-19 get better after a few weeks from getting the virus, but there are also people known as COVID-19 long haulers.

These people are those who experience lingering symptoms that resemble those experiencing cognitive problems.

A ScienceAlert report said, several months after cleaning the various, approximately 10 percent of patients are still finding it hard to recover.

Among the most common lingering symptoms they experience include unrefreshing sleep, shortness of breath, cardiac issues, fatigue after exertion, and the so-called brain fog. 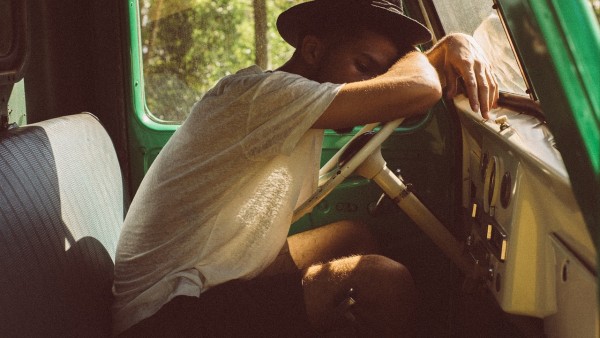 Even though most of the said complaints substantially improve with time, initial research suggests a cloudy consciousness is such a struggle to shake.

In sets of questions, 278 long haulers were asked to compare the symptoms they experienced during the first two weeks of their COVID-19 infection to the current symptoms they are experiencing, specifically 22 weeks after on average.

During the lapsed period, the researchers discovered most physical problems improved, including post-exertional fatigue and unrefreshing sleep.

The study findings match other preliminary reports that suggest long haulers are struggling the most with cognitive problems.

The reason for such remains a mystery, although complaints of brain fog are key features as well, of chronic fatigue syndrome or CFS, as described in the Mayo Clinic site, or myalgic encephalomyelitis or ME.

ME/CFS is a perplexing illness with no known cause, although some evidence suggests the disease is brought by an overactive immune system. It is believed some cases can even be stimulated by a viral infection.

Interestingly, the symptoms COVID-19 long haulers are experiencing show a lot of resemblances to ME/CFS, which is why researchers are keen to compare the two.

When more than 500 patients diagnosed with ME/CFS were provided with a similar symptom questionnaires mentioned, researchers discovered some key resemblances through different health domains, which include gastrointestinal problems, immune issues, sleep difficulties, neurocognitive problems, and issues with blood pressure.

That said, respondents suffering from ME/CFS complained experience of more severe symptoms in general, specifically in terms of cognitive issues such as brain fog and immune issues such as lymph nodes and sore throats.

Long COVID symptoms, this report specified, that were worse than ME/CFS had to do with blood pressure, like irregular heartbeats, shortness of breath, and chest pains.

Results of the study are interesting and hinting at some central nervous system pathology through post-viral infections.

Long COVID Symptoms to Get Better with Time

This report specified that the preliminary comparison between Long COVID and ME/CFS is somewhat limited. Most of those in the ME/CFS cohort had been sick for more than two years.

COVID-19 long haulers in the study, on the other hand, had been suffering from persistent symptoms for only a few months.

In their study, COVID-19 symptoms over time: comparing long-haulers to ME/CFS, published in Fatigue: Biomedicine, Health & Behavior, the authors proposed it is plausible that some in the COVID-19 cohort would continue improving over time, while some might continue in their symptoms or even get worse, and those who persist or get worse might, as time goes by, more closely match the symptoms experienced by the ME/CFS cohort.

The researchers hope their preliminary findings will reassure COVID-19 long haulers and the medical professionals that lingering symptoms appear to get better with time. Circulatory and cognitive issues, on the other hand, can get worse and need to be closely monitored or observed.