Believed to have been extinct locally for more than 40 years, a giant otter was just sighted resurfacing in the Impenetrable National Park, Argentina.

Experts speculate that the giant otters may have migrated from Paraguayan Pantanal, which was thousands of miles from where the giant otters unexpectedly resurfaced, or they belong to a local population that has since been undetected until today. 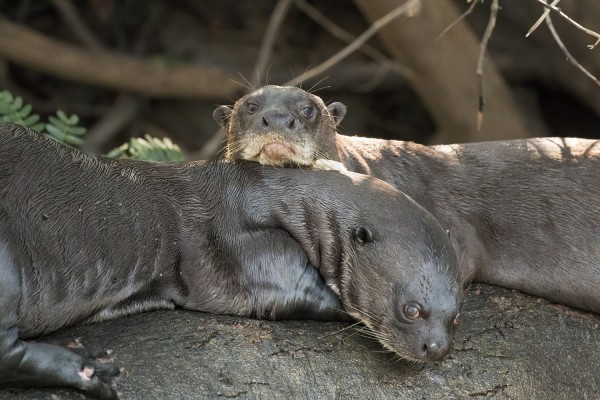 Sebastian di Martino was recently kayaking on the Bermejo River in the impenetrable National Park when he suddenly heard splashes in the water. Upon looking, he was stunned to stumble on a brown-furred animal swimming in the water and occasionally dipping below the water surface before resurfacing.

What stunned di Martino was a giant river otter that hasn't been seen locally for over 40 years.

Di Martino, who was also the director of conservation at the Fundacion Rewilding Argentina, tells Mongabay that he was both surprised and excited at the sudden sighting and, at first, couldn't believe what he saw.

According to the Animal Diversity Organization, the Pteronura brasiliensis, or giant river otter, is an aquatic mammal that is endemic to southern America. It can be found throughout the Amazon, La Plata River systems, and the Orinoco.

During the European colonization, giant otters were already seeing a hasten dip in population, especially in Argentina, due to overhunting. The last of the giant otters seen locally was spotted in a river in Misiones Province in 1980, where there have been no reported sightings seen then.

Today, it is unclear where the resurfaced giant otter came from. The nearest known population of giant otters is in the Paraguayan Pantanal, thousands of miles from where it was recently spotted. Di Martino explains that it is likely that the otters broke away from their group and swam to the river. On the other hand, there is an equal possibility that the otters have remained in Argentina under the nose of conservationists.

Biodiversity of the Impenetrable National Park

As part of a major effort to reinstate the biodiversity in the region, Rewilding Argentina, together with Tompkins Conservations, helped establish the Impenetrable National Park in 2014. Collaborating with governments and local communities, both organizations helped establish various national parks across Argentina and Chile, successfully protecting roughly 6 million hectares in the southern tip of Southern America.

EcoWatch reports that in the previous year alone, Panthera onca or jaguar was sighted in the national park. With help from Rewilding Argentina, it was successfully introduced to another jaguar that later sired cubs.

Di Martino explains that the reintroduction of giant river otters into the Impenetrable National Park would be advantageous to the local ecosystem. He explains further that giant river otters are top predators. As such, they have a regulatory influence on both flora and fauna that contribute to the overall health of the aquatic ecosystems.