Sterile Nutrinos Could Kick-Off Our Understanding of Dark Matter

Scientists have theoretically predicted the existence of new particles called "Sterile neutrinos" that could kick off our understanding of dark matter in the universe. Unlike your average "active" neutrinos found in the Standard Model of particle physics, these theoretical new particles don't interact with matter as it moves through the vacuum of space, making it nearly impossible to detect.

A team of researchers from various fields, led by Colorado Schools of Mines and Lawrence Livermore National Laboratory (LLNL), demonstrated the power of utilizing nuclear decay under high-rate quantum sensors in the quest for sterile neutrinos. Measurements gathered are a first of their kind.

What is Nuclear Decay? 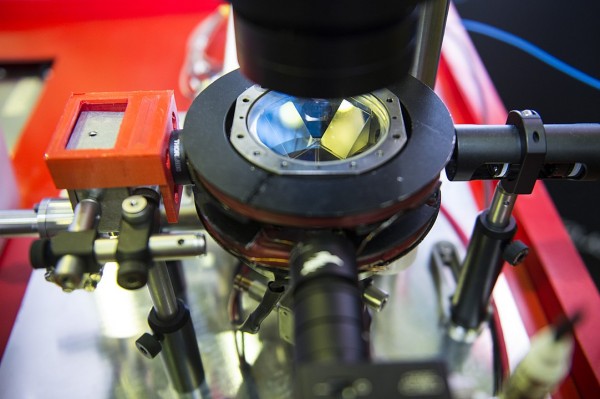 According to the United States Environmental Protection Agency, radioactive decay deals with the emission of energy known as ionizing radiation. This type of energy can include alpha, beta, and/or gamma rays. The reaction occurs in unbalanced atoms, radionuclides, over a specific period known as its half-life.

Elements in the International Union of Pure and Applied Chemistry or the IUPAC periodic table can take different forms. Some are stable, while others are unstable. The most stable elements are often the ones found in nature. On the other hand, all the other known elements have an unstable form.

When a particle undergoes nuclear decay, it transforms into a different atom, the decay product otherwise known as the daughter product. Atoms continuously undergo transformation to new daughter products until it inevitably achieves a less energetic stable state.

Sterile Neutrinos in the Quest for Dark Matter

The research has recently been featured as a DOE Office of Science Highlight and is set to kick-off an extended project in an effort to search for the most promising candidate for dark matter, an unidentified material that comprises 85% of the known universe' total mass.

When the beryllium-7 completely decays, electrons are captured into lithium-7 and a neutrino. The neutrino evades the sensor; however, the recoil energy of the lithium-7 provides accurate measures of the total neutrino mass. If a heavy sterile neutrino with mass (mc2) were generated within the decays of the particle, the energy recoil of lithium-7 would significantly be reduced and produce measurable signals, despite the evasive neutrino itself remaining undetected.

The research, "Limits on the Existence of sub-MeV Sterile Neutrinos from the Decay of 7Be in Superconducting Quantum Sensors", is published in the journal Physical Review Letters. It elucidates the measurements derived from the experiments in just 28 days using one sensor. The data excludes sterile neutrinos existence in the mass range of 100-850 kilo electronvolts to a 0.01% level of mixing with "active" neutrinos.

Measurements are far better than previous decay experiments in the same range. Additionally, simulations on LLNL supercomputers aided researchers in understanding the effects of the material in the detectors that are crucial to gain more confidence in the potential detection of the theoretical new particle sterile neutrinos.

Stephan Freidrich, the lead author, explains to Scitech Daily that the sterile neutrinos are strong candidates for theoretical "warm" dark matter, which could also provide insight into the origins of the matter-antimatter asymmetry in the known universe.