NASA has given a contract to Rocket Lab, a New Zealand-founded, California-based business that has previously pioneered helicopter retrieval technology for first-stage rockets, to develop two orbital spacecraft to explore Mars' magnetosphere.

The two spacecraft, which engineers will build on Rocket Lab's Photon platform, will aid NASA in better understanding how Mars' environment has evolved through time. 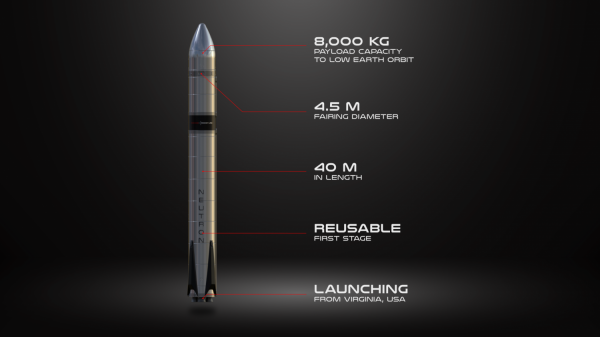 "The mission will leverage its unique dual viewpoint on the Mars environment to explore how the solar wind strips atmosphere away from Mars to better understand how its climate has changed over time," Rocket Lab stated in its press release.

The Escape and Plasma Acceleration and Dynamics Explorers (ESCAPADE) mission, which is part of NASA's Small Innovative Missions for Planetary Exploration program, aims to send two spacecraft into orbit around Mars to learn more about the red planet's unique atmosphere and how its climate has changed over time. The launch date has been set for 2024 using a launch vehicle that has yet to be revealed.

ALSO READ: Rocket Lab Successfully Launches Electron, Brings Its Rocket Back to Earth Under a Parachute

The Photon platform from Rocket Lab is a satellite that may be configured for Low Earth Orbit and interplanetary exploration. It has a maximum cargo capacity of 440 lb (200 kilograms), with interplanetary missions requiring >88 lb (>40 kg).

One of the primary selling points for the Photon platform - and no doubt one of the reasons NASA chose it - is that it provides a reasonably inexpensive means of deep space research.

"Planetary science missions have traditionally costed hundreds of millions of dollars and taken up to a decade to come to fruition," Peter Beck, Rocket Lab's founder and CEO, said in a statement per Forbes. "Our Photon spacecraft for ESCAPADE will demonstrate a more cost-effective approach to planetary exploration that will increase the science community's access to our solar system for the better," Beck added.

Rocket Lab had previously revealed ambitions to launch its Photon spacecraft to Venus as part of a private space mission (via Space.com) and to the Moon as part of a NASA contract.

This year, Rocket Lab said it had agreed to go public through a merger with a blank-check corporation funded by private equity company Vector Capital. It also announced the launch of its Neutron rocket, as Science Times reported.

NASA's successful "Commercial Crew" program has even tapped the help of private companies like SpaceX and Boeing to launch humans into space. Other companies will also complete uncrewed missions, another ABC News report said. NASA has previously stated that these public-private partnerships have helped keep costs down while still promoting American innovation (one Colorado-based firm is only charging NASA $1 to go to the moon and bring back a sample).