Wildfires can devastate large forest areas that will lead to habitat loss, deterioration of air quality, loss of property, crops, resources, and life.

The damage that wildfires left in Oregon in 2018 was dubbed as the most expensive wildfire in the state, which led researchers at Oregon State University to ramp up efforts to petter predict how blazes behave and how they generate fire-spreading embers, according to the university's news release.

Study authors Meg Krawchuk of the OSU College of Forestry and former OSU research associate Ana Barros, now of the Washington Department of Natural Resources, said that their findings would help in understanding how the changing climate could affect the natural and human-caused wildfires that could improve preventive measures and information, News Channel 21 reported. 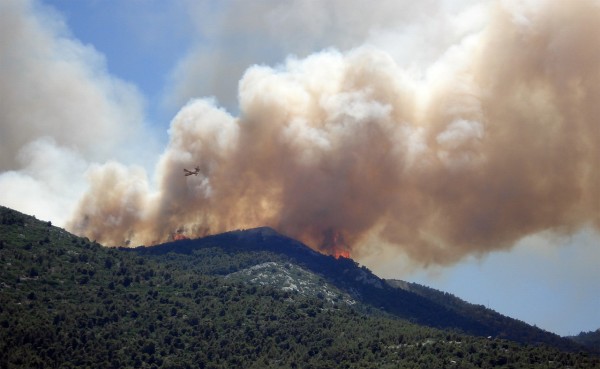 Krawchuk, a fire ecologist, said that two-thirds of the area in the US burned by wildfires are lightning-caused wildfires, but human-caused fires make fire seasons longer and could make wildfires reach areas where they do not naturally occur.

That means humans are the main cause of large fires in both Eastern and Western US. They also come second to climate as the primary driver for how much area burns.

Looking at the ignition data from 1992 through 2015, the researchers found 15,000 ignitions but did not result in a big blaze. Only 400 of them burned an area that is greater than 10 hectares.

Using the data, they gathered along with multiple global climate projections, the team created statistical models for when and where the fires could happen between 2031 and 2060.

They also considered how much area will be burned due to wildfires caused by lightning or by humans. More so, included predictions for the possible number of fires and the frequency that an extreme wildfire event (EWC) will happen.

OSU's models presented in their study, entitled "Contrasting the role of human- and lightning-caused wildfires on future fire regimes on a Central Oregon landscape," are published in  Environmental Research Letters.

Wildfires are either caused by humans or a natural phenomenon, such as lightning. They can happen anytime and anywhere, but the risks of wildfires could increase in arid conditions.

According to the World Health Organization, wildfires could disrupt transportation, communications, power and gas services, and water supply. But more importantly, wildfires could lead to deterioration of air quality, habitat, and life loss.

OSU researchers noted that in the history of Central Oregon, there had been more lightning-caused wildfires likely to happen in dry seasons than on days with higher energy release components (ERC). They said it is most likely because lightning-caused fires usually happen after light precipitation that can cause the ERC to drop.