Residents in Northwest China noticed a peculiar spiral on June 18, which turned out to be fuel from China's Long March 2C rocket, which launched the same day. A white object appears to be spinning above the clouds, growing in size before disappearing. What they saw was compared to the portal in the 'Doctor Strange' film by some.

According to the Caledonian Astronomical Association on Facebook, an unusual spiral was seen in the skies of New Caledonia and Vanuatu. Several witnesses in Yate, Thio, and La Tontouta also saw this bizarre event.

Caledonian Astronomical Association explained that they do not have an explanation yet for this weird, Dr. Strange-like phenomenon.

According to American astronomer Jonathan McDowell, the appearance was not strange and was simply due to China's rocket launch.

Except that the spiral maintains its precise shape over hundreds of kilometers because there is no air to distort it because it is in space, McDowell said.

On May 7, a similar sighting was recorded when China launched a Long March 2C rocket into orbit to deliver new Yaogan-30 satellites.

McDowell initially reported this observation to an online tabloid. 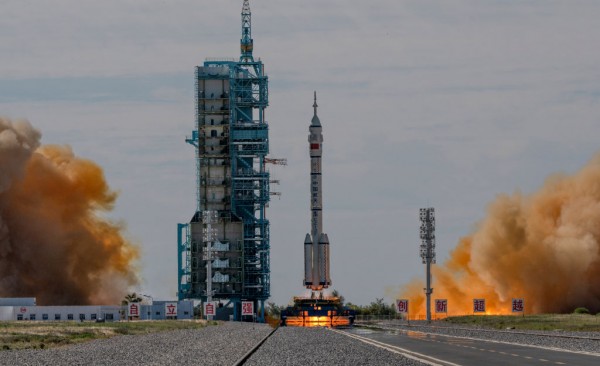 "The spiral happens when the rocket is tumbling end over end while venting its fuel - it is then exactly like a garden sprinkler," McDowell told Daily Mail Online.

"Except that because it is in space the spiral stays perfect over hundreds of miles because there is no air to mess up the shape," McDowell said.

"That's why it looks surprising to us, we're not used to seeing such perfect geometries because on Earth there's always wind or friction to distort things," he added.

Hence, McDowell checked to see whether there was a rocket launch at the time it happened. But, of course, there was because China had launched the day's only spacecraft just 15 minutes earlier.

Astronomers know the rocket's orbit because the US space force tracked it once it reached orbit, he claims.

McDowell was then able to map the rocket's trajectory — latitude and longitude vs. time — using normal orbit calculations. He confirmed that the trail directly passed over New Caledonia and Vanuatu, where the spiral was visible. Not only that, but the rocket passed over those locations just a few minutes after the witnesses reported spiral — and the reports were only accurate to a few minutes anyway.

So, perfect agreement in space and time — case closed, it was the Yaogan 30 launch. The timing is also ideal for the rocket to exhaust surplus propellant after deploying the satellites it carried into orbit.

This Dr. Strange-Like Spiral Phenomenon is Not Unusual

The Caledonian Astronomical Association noted in a since-updated Facebook post regarding the story that the only similar but even more dramatic phenomenon is the Norway Spiral in 2009, based on their original investigation.

The 2009 Norway Spiral, which lasted around 10 minutes and spanned the country's northern half, was also a sight to behold. While such a sight may quickly put many people into a panic.

Experts discovered the spectacular display to be the consequence of a Russian missile launch gone wrong. New Scientist said the Bulava missile, which was certified by the Russian government to be the cause of the spiral, was damaged, leading the exhaust to point at an improper angle. As a result, the rocket twirled gracefully, spitting fire that created the massive spiraling spectacle.