Lobsters are among the crustaceans that have the ability to live long enough. For example, American lobsters have a longevity of up to 100 years. This specific lobster is just among the many that don't get weaker as they grow old. Another amazing prowess of the ocean-dwelling crustaceans is that they rarely suffer from cancer. With that said, biology experts have conducted a study about the first comprehensive genome of the lobsters, and the results gave insights into their cancer-free longevity secret. 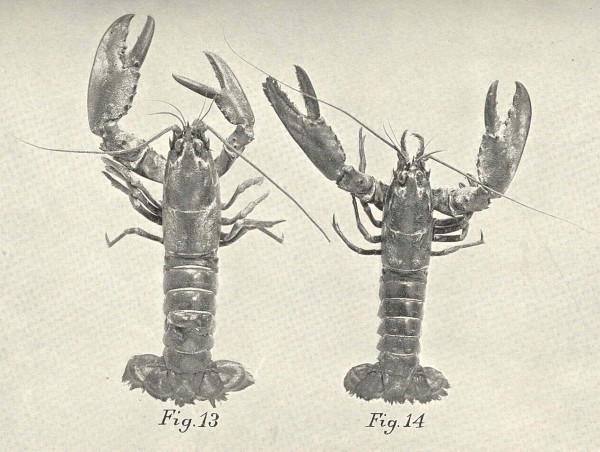 Molecular evolutionary biologists emphasized that although lobsters are different from humans, we share many homologous genes with the crustaceans. Conducting the study on the lobster genome is a great achievement, noting that their genomes are potentially longer than humans.

American lobsters, scientific name Homarus americanus, is one of the many lobsters that doesn't get weaker with age, lose fertility, and go through massive metabolism shifts. What's more, is that they live their long life just to get bigger in size.

In a 2008 study published in the journal PubMed Advances entitled "How to minimize formation and growth of tumors: Potential benefits of decapod crustaceans for cancer research," it was shown that in over 60 years of crustacean research for cancer, only one case have proven a tumorous growth in the American lobster.

Gloucester Marine Genomics Institute GMGI experts conducted a comprehensive project in 2015 to determine whether lobster hides a cancer-free gene through sequencing the crustacean's overall genome. However, the team of scientists was only able to sequence a bit, not passing half of the entire genome. This was due to the short-read technology, which is the only available system at that time and can only process tiny segments of the lobster genomes. Alongside the seemingly failed research, GMGI marine biologist Jennifer Polinski and biochemist Andrea Bodnar pursued the remaining gene fragments through a newer version of the sequencing technology.

Neuroimmune System in Lobsters Solution to Cancer and Tumor Growth

GMGI had accomplished sequencing of more than 70 percent of the entire lobster genome. This completion allowed the experts and their colleagues to examine the genomes and compared them to seven more marine invertebrates. In their observation published in the journal Science Advances entitled "The American lobster genome reveals insights on longevity, neural, and immune adaptations," various samples of genes linked to immunity, cell survival, and nerve cell function were either improved or expanded.

Among the findings in reference to the study shows genes encoding a number of protein variants such as ligand-gated ion channels, a new channel that regulates the ions when it passes cell membranes. The ion channels have an important part in numerous physiological processes. These new ion channels work both for the immune and nervous systems, managing nerve cells and filtering foreign substances. The discovery regarding ion channels is a great step to understanding the unique neuroimmune system of the American lobster's defense process against cancer, reports Science Magazine.

The genome sequencing of the lobster surprised the marine biology experts as it revealed that lobsters have genes that automatically program the death of cells. Compared to mammals and other species, this process doesn't affect lobsters and does not build tumors in the crustacean. Further research is needed to find exactly how lobsters evade cancer and what processes it relies on to deflect tumor growth.

Doctor: Don't Treat Hangover with Paracetamol; Here’s What Happens If Mixed with Alcohol

PFAS: Trapped in Arctic Ice Are Leaking Out to Thanks to Warming Temperatures

Brain-Computer Interface Developer Announces Entry to Clinical Trials for Its Implants in the US; FDA Authorizes Test of Device in Human patients

This 7-Year-Old Is Probably The Youngest Astronomer To Ever Find 7 Asteroids!

Boeing's Starliner Set to Launch this Week: Here's How to Catch its Orbital Test Flight