Geoscience experts have unearthed a mysterious fossil set that comprises shark teeth from the City of David's 2,900-year-old archaeological site. The discovery from Jerusalem's oldest region was presented in the recent Goldschmidt Conference by the University of Mainz researcher Thomas Tuetken. 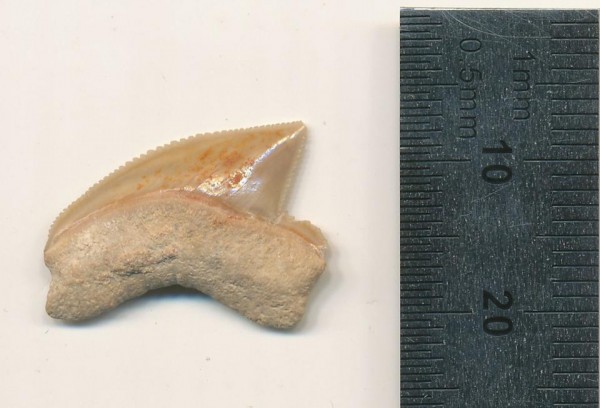 The fossilized shark teeth discovered were excavated in their original location and the experts believe that the materials were not moved since their placement. In addition, the settings of the fossils indicate that they were once valuable to a group or individual, but the reason behind the preservation of the shark teeth and why it was scattered across Israel is still a mystery, Tuetken explains.

The unexplained collection of teeth was found alongside other materials including pottery fragments and fish bones in an iron age house that has been active in the 10th century BCE. Initial theory regarding the place suggests that a special pit was used for garbage discarding, including excess food and trash, reports PhysOrg.

The archaeological experts first thought that the shark remains were just a 3,000-year-old food dump. As the research was sent for publications, a reviewer indicated that the shark teeth were not from the iron age but were revealed to be a fossil from the Late Cretaceous period. The parts were from an extinct shark that swam the oceans of the Earth 66 million years ago.

According to the research published in the journal Frontiers in Ecology and Evolution entitled "Strontium and Oxygen Isotope Analyses Reveal Late Cretaceous Shark Teeth in Iron Age Strata in the Southern Levant," the 29 shark teeth unearthed from the sites were confirmed fossils through chemical observation.

The City of David shark teeth were analyzed through their own strontium isotope composition and the findings estimated the fossils to be 80 million years old, dating back to the Cretaceous period. Some of these fossils were collected from the Negev desert, which was located 80 kilometers from the archaeological dig.

The shark teeth from Israel were originally a part of several species. One of the confirmed species that owned the teeth was from a genus of lamniform shark, also known as Squalicorax. This species, familiar to many as crow sharks, are extinct sharks that had been very common in the Late Cretaceous period. The sharks can grow to up to 16 feet of growth, making them one of the most valuable shark fossil collections ever.

Along with the initial dig, the archaeological experts that conducted that the research also found other remnants of the shark in other parts of Israel such as the sites from Maresha and Miqne. But compared to these sites, the specific fossils from the site in the City of David are especially unique, as the shark teeth were side by side with used iron age seals, reports Forbes.

This observation points to possible connections of the fossils with social and economic status, or it could also mean that the collections were simply a part of upper classes and enthusiasts at the ancient time. But nevertheless, further studies must be conducted to provide concrete evidence that will answer why these Cretaceous shark teeth were found in the City of David and across Israel, New Scientist reports.

Check out more news and information on Archaeology on Science Times.