An infinity pool made from wood materials was discovered in Italy, and archaeology experts suspect that the massive pool was used in significant rituals in ancient times. The wooden structure was built way back in the bronze age, over 3,000 years ago. The study regarding the infinity pool suggests that the timber-lined pit was part of religious activities in an attempt to disguise a connection from another realm. 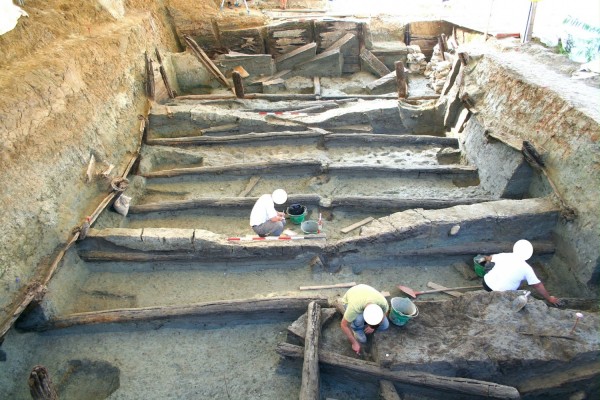 The ancient infinity pool was believed to be created between 1436 BC to 1428 BC. The structure's function has been compared by one of the authors of the study to Stonehenge, which was also theorized to serve as a gateway to a different dimension for an ancient religion, reports Live Science.

The time the pool was created was the boom of cultural change in the region where it was found. This is one of the pieces of evidence that supports the past purpose of the infinity pool, Cornell University archaeologist Sturt Manning said in the published research.

The characteristics of the bronze age infinity pool are pretty much the same as the modern infinity pools that we have today. The ancient pool reflects the bright skies, including the sun, and it stuns onlookers. Closing on the edge of the pool might have ancient people way back thousands of years ago think that it was a true passage to another world, Manning added.

The wooden pool was discovered initially in 2004 near the northern Po Valley region in Noceto, Italy. The archaeologists dubbed the infinity pool as the 'vasca votiva,' which translates to the sacred tank. Based on the data recorded from the observation, the pool was 12 meters in length and 7 meters in width, with the depth of the ancient pit that scales to 3 meters. The initial excavation of the pool unearthed geometrically alined wooden piles, beams, and planks. The woods are crafted from a mix of tree types, including elm, walnut, and oak.

The sediments are layered around the pit, and it was examined that the massive pit has been able to huge volumes of water before. However, the ancient infinity pool did not have any channels for water distribution in and out of the pit. Based on the study published in the journal PLOS One entitled "Dating the Noceto Vasca Votiva, a unique wooden structure of the 15th century BCE, and the timing of a major societal change in the Bronze Age of northern Italy," the pool was too much if compared to irrigation reservoir structures found in the bronze age.

What's more, is that the pieces found in the initial research on the water pit were used for ceremonial rituals. The pieces, such as pots and figurines, are evidence that the entirety of the pit was heavily used for religious activities. In addition, the logs used for the infinity pool were examined through its carbon-14. It was confirmed that the woods were also from the 15th century BC, where the European cultural evolution occurred.