Hubble Space Telescope Suffers Most Serious Glitch in Over a Decade; NASA Aims to Fix It Safely, Instead of Quickly

The revered Hubble Space Telescope is currently facing its most serious glitch in more than 10 years, and while NASA is too keen to fix this iconic observatory, the agency does not want to hurry the restoration process.

In mid-June, a Space.com report said, Hubble stopped unexpectedly, carrying out science work in what mission engineers originally suspected was a circumstance of "memory gone bad". Nonetheless, the reported anomaly has become more "slippery" than that.

Now, more than three weeks after, a team from NASA is still working to pin down accurately what had gone wrong on the observatory, which astronauts deployed from the space shuttle in Discovery in 1990 and last fixed in 2009.

Even though the said anomaly has been more problematic than initially anticipated, officials from NASA are confident that the observatory has plenty more science ahead. 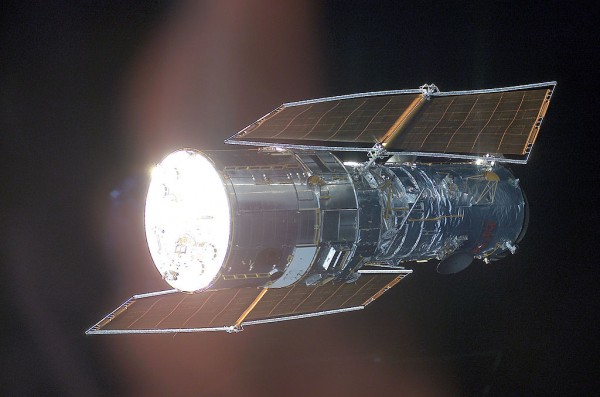 According to NASA's director of astrophysics, Paul Hertz, aside from the fact that this specific anomaly means, Hubble cannot work until it is solved, he doesn't think fixing it is different in type compared to other anomalies that NASA is dealing with.

Troubleshooting anomalies in spacecraft is often a little tricky, noted Hertz, since engineers are unable to see or touch the systems and have minimal data about what is going on.

The NASA official also explained, it is always a bit of a detective exercise to attempt to use the hints that they have and understand the hardware and what can be, and cannot be done, and attempt to find out what hypothesized problem could have generated the data that they see.

The typical way, he continued, that one is troubleshooting an anomaly is to think about all the things that could have gone wrong, he tries to order them in order of likeliness, and then work the way down the list.

A similar On Digital Shop report said, in the weeks since the anomaly, explained Hertz, over a dozen experts have been working through that list of probable culprits, which the spacecraft mechanics call the "fishbone".

Initially, the team expected to detect the error in the main computer of Hubble, although that theory did not pan out, switching to the backup computer did not solve the issue. Furthermore, the tests along the way were straightforward in general, to execute.

Now, this fishbone appears to be pointing instead, to adjacent systems interacting with the computer, managing its data, as well as its power supply.

Hertz explained, checking such systems is more dangerous and more difficult. The engineers, he elaborated, need to work with more pieces of the system than they have on past tests, and they need to include the spacecraft itself, instead of only the computer.

To switch the systems out and swap in redundant components on the other side would necessitate commanding of the spacecraft, which is more dangerous because if one does something wrong, he will leave the spacecraft in an undesirable situation.

Due to the dangers involved in the succeeding procedures, NASA has slowed down the troubleshooting process. Hertz explained, they are very deliberately not putting any time pressure on the team.

He added, he told the team that the goal is to safely fix Hubble science operations, and not to do it too fast. Early last month, NASA said in a statement, its team took a break for the holiday weekend, on July 4, said Hertz, and is now back to work creating and assessing procedures to switch to the data's backup modules, as well as power regulators on the spacecraft.

Before any orders on the commands are sent to NASA's Hubble, the whole plan needs to be authorized by an independent review board, and a group of managers from NASA, given the possibility that a small error could end the science of Hubble for good.

Related information about the Hubble Space Telescope is shown on Getting to Space's YouTube video below: