Every day, it seems, a new headline in a newspaper or on social media highlights how close we are to environmental disasters. However, some of the world's wealthiest individuals are plotting their escape.

In a recent Salon article, "No, Billionaires Won't "Escape" to Space While the World Burns," Sim Kern wrote that Elon Musk, Jeff Bezos, and Richard Branson try to "escape" the effects of climate change. They might even be able to pull it off by living in space, the author wrote. Movies like "Elysium" and "WALL-E" popularized the idea that the wealthy will live luxuriously high above the Earth as the planet devolves into an inhospitable wasteland.

The New York Times fed this delusion in 2018 with a piece about Axiom's projected luxury space hotel, "The Rich are Planning to Leave this Wretched Planet," as the headline. 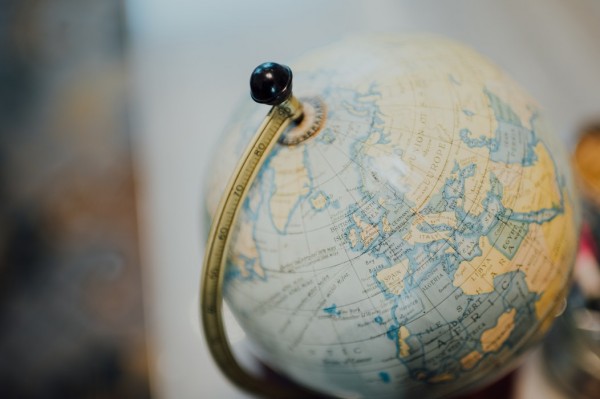 (Photo: Unsplash)
Climate Change Has Made Earth to Shift On Its Axis Since the 1990s Study Finds

Sorry, Billionaires Won't Pull It Off

Yes! Magazine said survivalist condos are being developed in abandoned missile silos in Kansas. National Geographic also interviewed Silicon Valley billionaires and cent millionaires who hedge against future social breakdown by investing in "bug out" escape homes in far-flung corners of the globe.

This concept of privatized survival has a lot of limitations. The wealthy will not be able to erect a high enough wall or a deep enough silo in the face of escalating disparities and ecological crises.

Why? There are two simple, interrelated reasons: one is ecological, and the other is economic:

1. There is no such thing as Planet B.

2. You will not be saved by your wealth.

As a planet, we are in the midst of an ecological crisis that will profoundly impact our daily lives. Climate change and ocean acidification, as well as other planetary boundaries being breached, will disrupt our food and energy systems, as well as our way of life.

RELATED ARTICLE: Organic Meat Is No 'Greener' Than the Rest of the Meat

Science Times previously reported that NASA and the National Oceanic and Atmospheric Administration recorded the second warmest year recorded history, with droughts, floods, wildfires, and crop failures serving as a foretaste of the new normal.

As a result, Forbes said some billionaires in the United States are apparently purchasing mountain strongholds in the Rockies. Bloomberg added that billionaires are purchasing getaway farms in New Zealand with airplane landing strips.

However, these reprieves are only short. These island paradises will be flooded by increasing sea levels if the Earth's temperature continues to rise. The smoke from burning trees will smother the mountain castles. It is not in anyone's best interests to continue acting as if a few affluent people will escape to a mountainside refuge on a spacecraft.

The fate of the entire human race-billionaire hedge fund managers, middle-class families, and Bangladeshi farmers-is inextricably intertwined, dependent on our ability to respond to a global issue unlike any other.

What's The Solution to Climate Change? Face Our Own Planet, Fix It

To secure human survival on Earth, Post Carbon Institute said the rich must "return home" and invest in the resilience of our communities and people.

Only a tiny percentage of the population knows this. Elli Kaplan, CEO of Neurotrack, told The New Yorker he wouldn't buy a bunker if he had a billion dollars.

Kaplan stated that he would reinvest in civil society and innovation in the civic sector. He advised coming up with even more ingenious strategies to ensure that nothing bad happens.

The good news is that wealthy individuals like Kaplan are returning home, making a commitment to place, conserving the environment, and working for an economy that works for everyone.

RELATED ARTICLE: Ireland to Plant Over 400 Million Trees By 2040