Harvard-Michigan Institute of Technology MIT Center for Ultracold Atoms experts, together with other institutes, have successfully developed a one-of-a-kind quantum computer that was not produced ever. The quantum computer, also known as the programmable quantum simulator, has the capacity to operate with 256 quantum bits or qubits. This power surpasses the traditional bits of the present supercomputers exponentially. 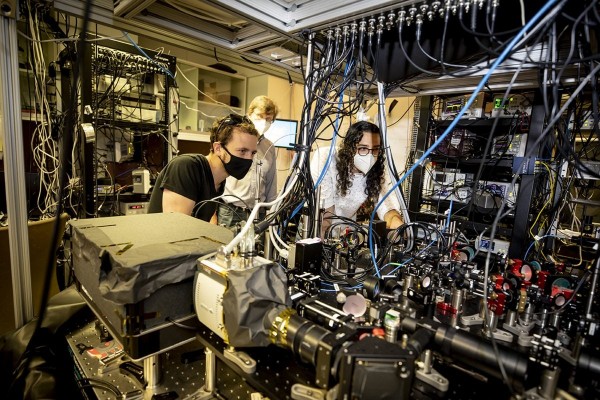 The quantum computer's development is just a stepping stone to larger projects, including the innovation of bigger quantum machines. The quantum computers are aimed to be utilized in understanding the quantum processes that have a higher level of complexities. The experts also hope that quantum computers will be applied to material science studies, real-world communication engineering, and the finance industry, just to name a few. Harvard-MIT experts are confident that the performance of the programmable quantum simulator will surpass the supercomputers present today, reports Lab Manager.

Harvard Quantum Initiative co-director and study co-author Mikhail Lukin said that quantum computers bring present-day technological advancement to a whole new level. He added that the programmable quantum simulator innovation serves as a gateway for us to transition into the quantum world.

Harvard University's physics expert Sepehr Ebadi emphasized that the mystery behind the properties of super small matters will now be uncovered through the unparalleled programmability and extremely advanced processing ability of the qubit-powered programmable quantum simulator. The quantum computer has a large size that expands into a quantum state, exceeding the total atoms in the solar system.

The programmable quantum simulator already exhibited its competence by observing a few exotic quantum states that had never been examined or seen before. These unexplored quantum realms are not mentioned before in any experiments, and a full study must be conducted in order for these presently available states to be proven theoretically. The quantum computer made the unthinkable seen by the naked eye.

The quantum computer development was published in the journal Nature entitled "Quantum phases of matter on a 256-atom programmable quantum simulator." Some of the equipment utilized for the quantum computer is the platforms that were initially created in 2017. These platforms reach 51 qubits and have the power to hold ultracold rubidium atoms and sort them accordingly through an optical tweezer, a one-dimensional array laser beam.

Compared to the initial batch of quantum computers, the recently developed variant have the ability to manage atoms in two-dimensional arrays. With that said, the optical tweezers increased the system size 5 times more than the 2017 quantum computer. The tweezers can also re-arrange the atoms based on a preferred pattern. These patterns or optical wavefronts can be programmed into various shapes through a projector-like quantum display, also known as the spatial light modulator, that is similar to present-day computers.

The Harvard-MIT physicists are currently working on ways to revamp and enhance the programmable quantum simulator, making it more controllable and programmable. Further research is being conducted to find how the quantum computer can apply to present-day problems using encoded qubits. The development of quantum computers is supported by the largest tech companies, including IBM and Google, reports SciTech Daily.