Caves are great vaults for prehistoric DNA, and this is a proven fact by paleontology experts. The DNA stays on sediments inside the cave for millions of years if untouched. However, few of these genetic sequences were actually examined by scientists for the preservation and protection of cave formation. With that said, there could be some species undiscovered in the cave sediments, some of which we may not know. 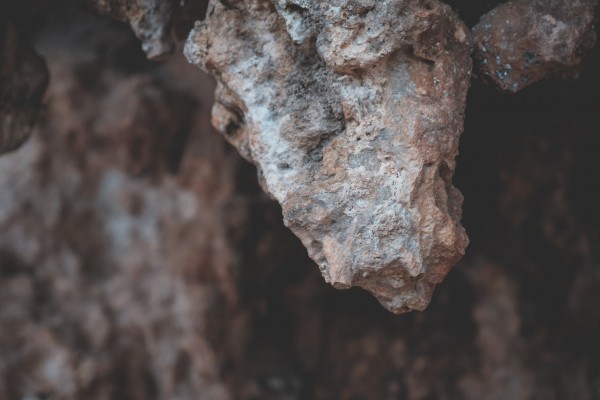 University of Vienna anthropologists Pere Gelabert and Ron Pinhasi conducted research among the soils found in the cave of Satsurblia, located in the heart of Georgia. The findings of their study were published in the journal Current Biology entitled "Genome-scale sequencing and analysis of human, wolf, and bison DNA from 25,000-year-old sediment".

Based on the study, three mammalian genomes were discovered from the unearthed soil sample in the Satsurblia cave. The soil sample itself was examined and identified to be at least 25,000 years old. The observation was made in partnership with Francis Crick Institute anthropology experts Pontus Skoglund and Anders Bergstrom.

The Satsurblia cave previously served as a shelter for early humans, dating back to different periods of the Paleolithic era. Today, it is one of the biggest paleoanthropological sites around the world. The recent discovery from the sediments found in the cave contains were just part of the few human genomes discovered from the site. Before the new genomes were unearthed, only one human data that dates back 15,000 years was sequenced from the cave.

The DNA samples were analyzed through extensive sequencing, and it was found that among the environmental genomes, one is from a human that lived in the ice age 25,000 years ago. Analyzing the ancient humans through this new approach lets the experts examine samples without the use of skeletal remains, reports HeritageDaily.

The ice age human unearthed from the Satsurblia cave was theorized to be an ancestor of the neighboring countries of Georgia. The experts also believe that the early humans heavily influenced the present-day population of West Eurasia lineage biologically and socially. The experts compared the genome sequencing results from the cave with the skeletal remains from a nearby location, the Dzudzuana cave, to validate the data. The sequencing from both sites matched with similarities, and there was no proof of natural or artificial contaminations found from the samples that could tamper with the data.

The genome samples from the Satsurblia cave also contains data from wolf and bison. These genomes will be used for reconstructing the prehistoric animal's Caucasian population records. The experts expect that a new population dynamic between the species will be uncovered.

Further studies will be conducted regarding the soil samples found from the cave of Satsurblia to understand the interaction between the extinct animal species and early humans. The anthropologists also hope to identify the effects of our planet's changing climate on the mammalian population and the prehistoric ecosystems that once flourished on Earth, PhysOrg reports.

Check out more news and information on Anthropology on Science Times.