After safely flying to the edge of space, Sir Richard Branson has hinted at the possibility of one day establishing "a hotel off the moon."

Virgin Galactic's CEO said customers could expect "a lot more spaceships" in the future, which will help lower the cost of a journey to space down over time. 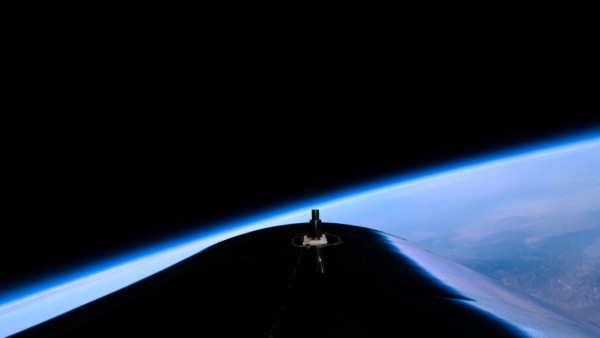 (Photo: Virgin Galactic / Handout/Anadolu Agency via Getty Images)
NEW MEXICO, USA - JULY 11: Sir Richard Branson flew into space aboard a Virgin Galactic vessel, a voyage he described as the "experience of a lifetime" at Spaceport America in New Mexico, the United States on July 11, 2021.

Branson to Make a Hotel Off the Moon

Sir Richard Branson has stated that his efforts in space may not finish with Virgin Galactic's missions.

"Whether one day we will build a hotel off the moon, which is something that I've always dreamt of, or whether we'll leave that to my children to do, we'll have to see," he said per Daily Mail.

"But that's something which is yet another dream that, if I've got time in my life to do, that would be something I'd love to do one day," he added.

Sir Richard added, when asked if he would fly into space again, he suppose he would have been "spoiled as much as he should have been spoiled in a lifetime."

Branson thinks that the space tourism business will overgrow after his launch from Spaceport America in New Mexico.

Jeff Bezos, the creator of Amazon and Blue Origin, will become the second 'founder-billionaire' to journey to space on his own company's vehicle on July 20.

The company will then consider offering brief trips to the edge of space for $200,000 per seat, comparable to Virgin Galactic.

Branson expects that when additional spaceplanes and rockets become available, the cost of a trip to space will decrease.

The launch on Sunday was hailed as a "landmark moment" for the wealthy industrialist and the whole commercial space industry.

Before hailing his maiden flight as "wonderful," Sir Richard told the PA news agency that the experience was "more extreme than [he'd] ever imagined."

When asked if he had accepted his first space voyage, he claimed he had almost returned to Earth, but not quite.

"It was a lifetime dream. Dreams don't often turn into reality, and it was just wonderful - everything I could have possibly dreamt of happened," Branson said per Guernsey Press.

"I was a spoilt lad yesterday, that's for sure," he added.

Due to the weather overnight at Spaceport America in New Mexico, take-off was delayed by around 90 minutes on Sunday.

Before being released, the spacecraft was taken up into the atmosphere by its mothership, allowing it to reach altitudes of 250,000 feet.

Sir Richard described the experience to PA as "time seems to slow down" and "everything is more dramatic than one would imagine."