Why Do Asteroids and Comets Have Weird Shape? The Reason Behind Moon and Star's Spherical Shape Explained

Celestial bodies in our solar system come in different shapes and sizes. These observable objects range from tiny dust particles to massive planets and stars, including our sun. The majority of the bodies we are familiar with are rounded, like Earth, while some have irregular geometry in their physical feature. But why do the cosmic bodies have a spherical form, and why do others have weird shapes?

Planets and the Sun are Round Because of Gravity 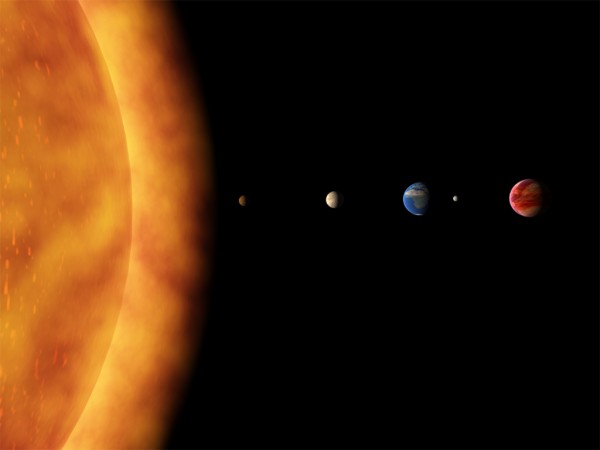 Planets and the sun are spherical due to the influence of gravity present not only on our planet but also in the entire universe. A specific material's gravitational pull is always directed to the center of its mass. If a material has a large amount of mass, the gravitational pull present is greater. But even though gravity exhibits a strong force, it doesn't affect the internal properties of a matter, hence known as one of the weakest types of measurable force.

The gravitational force present in solid objects is set against their own strength. An example of this is the downward force we feel on Earth. This force seemingly pulls us down to the center of the planet's gravity, but contrary to popular belief, the ground actually pushes itself back up and has a great amount of strength to let us tiny people sink in.

Earth's immeasurable strength has its limits, too. This limit is exhibited through the help of massive objects on the planet's surface. For example, Mount Everest gets a bit larger every time Earth's plates merge and collides with each other. The higher its peak reaches, the heavier it becomes. This increase in weight, however, has a limit and will eventually produce residual weight that will sink into Earth's mantle. This event limits the height of Mount Everest.

In a different scenario, Mount Everest will sink down to the Earth's center, provided that the planet is made entirely of the ocean. The sinking of the large mountain will displace the volumes of water it passes through. As it travels to the center of gravity, the lowest point of water on Earth will become higher, and vice versa. This process will result in the oceanic planet's physical form having a perfectly spherical shape.

Gravity seems strong, but it is actually weak. In physics, the object should reach a larger size to conduct a gravitational force exertion to pull and be able to exceed the strength of its own material. Solid objects with smaller sizes have weak gravitational pulls that are not enough to form themselves into a spherical shape. When an object reaches a spherical form, it can be identified to be at the hydrostatic equilibrium.

Spherical objects that are constantly in motion, like spinning, have their north and south pole experiencing more gravitational pull than the areas located on the equator. Because of the combined effect of the gravitational pull and constant motion, the spherical objects in hydrostatic equilibrium will transition into an oblate spheroid, a state where the equator parts are wider than the regions near the pole.

Earth, having a diameter of 12,756 kilometers on the equator and 12,712 kilometers from pole-to-pole, is considered an oblate spheroid shape. In conclusion, celestial objects that have a massive size have greater gravitational pull and can handle their material's strength, The Next Web reports.