SpaceX successfully fired up its Super Heavy rocket booster on Monday, moving the firm closer to flying its Starship to Mars.

Its mega-rocket system, Starship, comprises two parts: a ship and a Super Heavy booster that propels the vehicle into orbit.

Booster 3, also known as the Super Heavy prototype, is one of the world's largest rocket boosters.

The 23-story Super Heavy ignited three raptor engines for the first time on Monday, according to a video posted by tourist information site South Padre Island. The booster did not move. 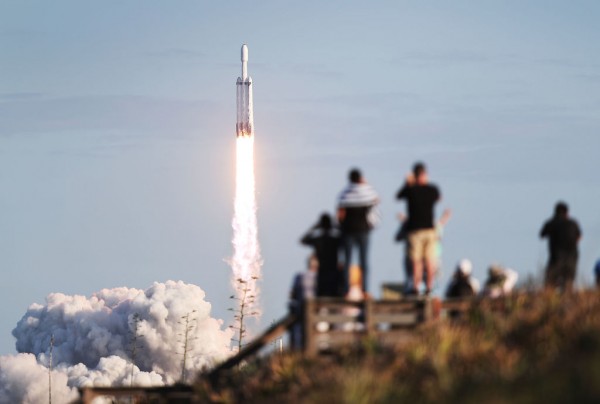 The static-fire test was held near Boca Chica and Brownsville at SpaceX's Starbase facility in southern Texas.

"Full test duration firing of 3 Raptors on Super Heavy Booster!" SpaceX CEO Elon Musk tweeted. Depending on the success made with Booster 4, he indicated SpaceX might try to fire nine engines on Booster 3.

If nine engines sound like a lot, consider that SpaceX already employs as many on the first stage of every Falcon 9 rocket. During liftoff, the company's Falcon Heavy rocket, which is made up of three boosters and an upper stage, fires 27 engines at once. During the launch, Starship's Super Heavy rocket is expected to use around 30 engines.

Space.com said the Super Heavy rocket from SpaceX is intended to be a reusable first stage booster for the company's gigantic Starship spacecraft. It stands 230 feet (70 meters) tall. It will eventually be topped by a 165-foot (50-meter) Starship spacecraft when SpaceX makes its first orbital travel.

Why The Super Heavy?

The static fire test of the Super Heavy propels SpaceX closer to its ultimate aim of transporting humans to Mars and beyond.

Musk has stated that the Booster 3 Super Heavy rocket will most likely not travel into space instead of ground testing. Booster 4, its successor, would be the first to launch a Starship. While the Super Heavy booster splashes down in the Gulf of Mexico, a Starship prototype would be launched from SpaceX's Starbase facility in Texas to a target zone near Kauai, Hawaii. As it does with its Falcon 9 boosters, SpaceX wants to eventually recover both the Super Heavy and Starship vehicles for later re-flight.

The Starship and Super Heavy rockets are at the heart of SpaceX's ambitions for future deep-space missions. As part of NASA's Artemis program, the agency has chosen SpaceX's Starship to land astronauts on the moon. SpaceX has already sold another Starship journey around the moon to Japanese entrepreneur Yusaku Maezawa.

In May, SpaceX successfully launched and landed the SN15, a 16-story spaceship prototype. Before the entire spacecraft goes into orbit, the 160-story Starship rocket will sit atop the Super Heavy booster.

Starship's first orbital mission has yet to be scheduled by SpaceX. Gwynne Shotwell, SpaceX president, said the company is aiming for July. The orbital launch and the launch tower that supports Starship have yet to be approved by the Federal Aviation Administration.