Blue Origin's first manned mission, the New Shepard, was launched early on the third quarter of the year. This successful lift-off was a huge achievement in Jeff Bezos' private space company. With so much news and updates buzzing about Blue Origin, did Jeff Bezos already surpass Elon Musk's SpaceX? 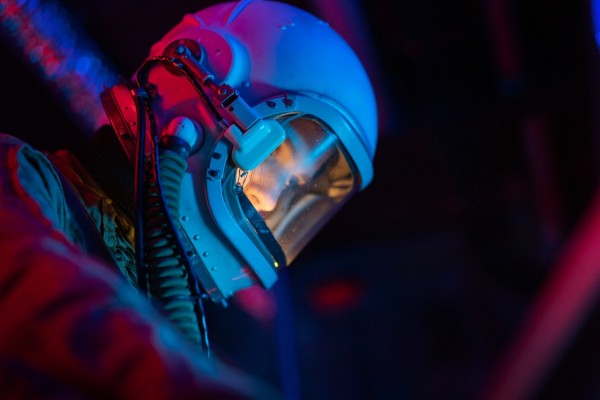 Blue Origin and SpaceX share the same ideals and aspirations in terms of space studies and exploration. These companies, owned by two of the richest individuals around the globe, also have similar plans to take the lead in the revolutionary age of space ventures.

Both the founders of the space firms, Jeff Bezos and Elon Musk, even shared almost identical experiences throughout their careers. Both have gathered their knowledge and took advantage of the Silicon Valley, have been a significant part of multiple conglomerates, and built their own name from scratch.

The rivalry between Bezos and Musk had been swarming the news for a while now. Whether it be on social platforms, patents, or space services, Blue Origin and SpaceX have no plans on stopping their head-to-head battle at every opportunity.

Recently, Blue Origin's space vessel New Shepard had exhibited its capability to have people on board. After promising numerous times that they will make space tourism happen, Blue Origin was able to launch successfully with passengers above over the planet's atmosphere in July. The New Shepard's launch was the greatest milestone yet in Bezos' space firm, and even though the projects of Blue Origin took long, experts and enthusiasts appreciated the efforts of the company.

ALSO READ: How Can Planets Survive White Dwarf's Stellar Evolution? Signs of Life on Planet Near a Dying Star Impossible

In reality, Jeff Bezos' Blue Origin is still far away behind the achievements that Elon Musk's SpaceX has developed. For example, SpaceX had already built several vessels that can ship payload across Earth's orbit, including the company's Falcon 9. It is a waste-free, reusable rocket that could make trips back and forth for the International Space Station and other government-run space agencies.

But Blue Origin is still trying its best to reach SpaceX side by side. Bezos' space company announced that they have a current developing project, the space vehicle New Glenn, to be launched in 2020. However, New Glenn's exhibition was moved to 2022 due to complicated reasons. With delays and inconsistencies of Blue Origin, Elon Musk's SpaceX had been able to have the opportunity first at building its integrity across the space industry.

On the other hand, Blue Origin's New Glenn, if ever will it still arrive on the commercial launch enterprise, has a huge chance to be a game-changer. New Glenn, in terms of size, is quite massive compared to Falcon 9. To match the scale of Blue Origin's new vessel, Elon Musk's company had been conducting several developments for their very own Starship.

SpaceX's largest rocket had been able to exhibit its unique features through the successful tests of its second stage, as well as its booster. Unfortunately, the demonstration that SpaceX held with the Starship was not yet performed with Blue Origin's latest project, reports Quartz.

RELATED ARTICLE: Why Do Asteroids and Comets Have Weird Shape? The Reason Behind Moon and Star's Spherical Shape Explained