Full Buck Moon Could Appear Blood Red Due to US Wildfires, Skies May Appear Orange-Tinted

The full buck Moon could appear as blood-red in the coming weekend across the United States as an effect of the smoke from the wildfires. These wildfires escalated from the western part of the country and have already affected the states located on the east coast. The western wildfires are potentially caused by our changing climate and might be put out not any time soon. The smokes from the wildfire may also tint the US skies orange due to abnormal thickness in the air.

July's Full Buck Moon in Red, Skies Across North America Will be Orange-Tinted 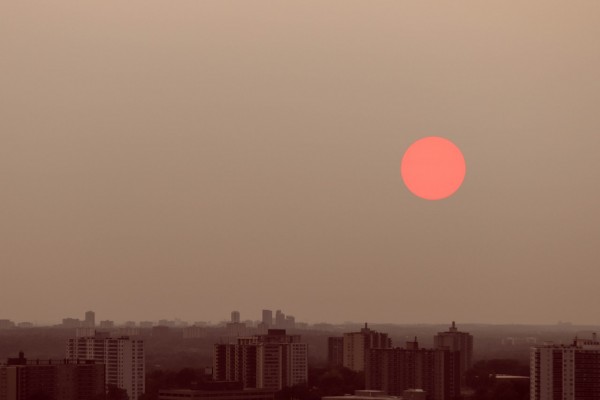 The health authorities have already warned since the surge of the western wildfires that the smoke may inflict health risks. In addition, wildfire smoke-related events could become common in the next coming weeks.

The moon's visibility in North America could turn orange or red, depending on the reaction of the atmospheric chemicals that would collide with the great volume of smoke originating from the western wildfires.

The red or orange appearance of the moon is rare and only occurs during an eclipse when our planet blocks most of the sunlight that was supposed to be directed to the lunar surface. But compared to the upcoming event, the Earth will be covered with large amounts of smoke in the atmosphere instead of the planet itself casting shadows to the moon.

Wildfires have increased in most parts of the west coast since the beginning of 2021. Suspected fuels of the western wildfires include dry vegetation and the consecutive heatwaves that occurred abnormally due to the drastic change in our planet's temperature, reports Business Insider.

Smoke from Western Fire Will Spread from East to West Coast

The largest of the western wildfire, also known as Oregon's Bootleg Fire, has devoured areas twice the size of New York City. What's worse is that these areas affected by the Bootleg Wildfires already create their own weather system.

Although the full red buck moon is fun to watch, the United States Environmental Protection Agency or EPA does not stop reminding citizens to keep their houses protected from the smoke by keeping their doors and windows closed.

The western wildfire's blaze is producing smokes uncontrollably than expected. With that said, the skies from states far from the wildfire spot could actually appear in red or orange tints. The states from North Carolina to Minnesota have already received air-quality alerts, while most states from Washington DC to New York may be covered in orange-tinted skies.

The reason behind the unusual phenomena is because the composition from the wildfire smoke does not let shorter wavelengths of the sunlight pass through. These short wavelengths have red and blue particle colors instead of the longer wavelengths that have warmer, red colors. In conclusion, the red colors will pass through, creating a reddish palette over the skies while other colors will be trapped by the smoke's chemicals.

According to NASA, the moon will show up red to orange colors from Thursday night until Sunday morning. The red moon will peak on Friday night.

Check out more news and information on the Moon in Science Times.