Japan recently passed a new law regarding space resources. The regulation includes categories similar to the space law passed by various countries, including the United Arab Emirates and the United States. 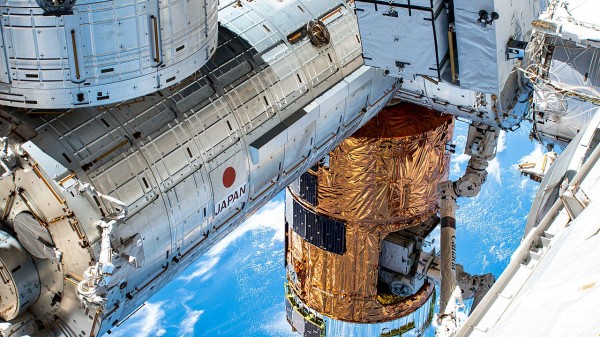 Japan's new space resource law is a gateway to give private Japanese companies a chance to contribute and examine space-related studies and materials harnessed from missions. According to the law, the companies will have the ability to extract, study, and use space resources. The bill attempts to open space ventures to Japan's free-enterprise economic system and serves as an elaborate statement that the country will push their interest towards the NASA-organized international return to the moon.

Before their new space resource law had been passed, Japan was already a recognized signatory for the Artemis Accords, which includes pledges regarding the cooperation of multiple countries in the upcoming space explorations and the upcoming lunar mission, reports SpaceNews.

Along with the new resource law, Japan's experts, politicians, and conglomerate leaders published a document entitled the Lunar Industrial Vision. According to this publication, the Japanese leaders propose utilizing the moon for Earth's economical benefit. The document presents insights on how our planet and the lunar body can have 'one ecosystem' through the 'Planet 6.0' concept. With the Lunar Industrial Vision, the Japanese government will have a chance to implement policies regarding space ventures.

The Lunar Industrial Vision also serves as a way to revamp the Japanese industrial planning system back in the 1970s, also known as Japan, Inc. This system establishes cooperation between the governmental and commercial efforts of Japan with the industrial private sectors. Japan Inc's function served as the gateway that brought Japan among the countries with the leading economies and even clashed with the United States in many advances in the early 1990s. Unfortunately, Japan had been surpassed by China's economic growth in today's standards.

Japan's proposal for the lunar and space strategies is also a set up for the country's economic revival and reinstate their name as among the best scientific nations around the globe. The Lunar Industrial Vision is also beneficial to keep Japan's innovation integrity side by side with China.

iSpace and the Hakuto-R Lander

iSpace, one of the companies that signed Japan's Lunar Industrial Vision, is among the country's evidence of their continued effort to support space projects and explorations. Previously known as Team Hakuto, iSpace was a part of the Google Lunar XPrize, which is a competition project that aims to produce the best robotic probe that can land into the lunar surface for observation and experiments. Unfortunately, the Google Lunar XPrize cannot recognize a winner from the said project, but this did not stop iSpace and other participants from developing innovations for contributing to the lunar and space explorations.

Among the successful projects of iSpace is the famous Hakuto-R lander., which will be utilized to transport the United Arab Emirates' lunar rover called Rashid, along with other equipment, to the moon, reports The Hill. UAE, like Japan, is among the signatory of the Artemis Accords. Among their contributions was the space probe called Hope, which was already on its way to planet Mars. Hakuto-R's first mission will take place in 2022 and will be launched with the help of SpaceX rocket, Falcon 9.

RELATED ARTICLE: How Can Planets Survive White Dwarf's Stellar Evolution? Signs of Life on Planet Near a Dying Star Impossible