‘Unusual’ Flu-Like Symptoms: Astronaut Explains Changes in His Body While on Journey Away From Earth

Tim Peake, an astronaut from the United Kingdom, recently shared how he experienced unusual flu-like symptoms following a journey away from Earth. Such symptoms included swollen face and clogged nose.

According to a Daily Express report, space travel can lead to several human body changes, even if one does not get out of the space vehicle or International Space Station for a spacewalk.

This report also said it is common knowledge that space is an extremely hazardous place for humans. However, it might be unknown that simply leaving the atmosphere of Earth could have a profound impact on the body.

In relation to the effects, Peake has disclosed the subtle changes one would notice while floating up in space. Essentially, spending time far away from gravity could lead to some evident changes in the human body. 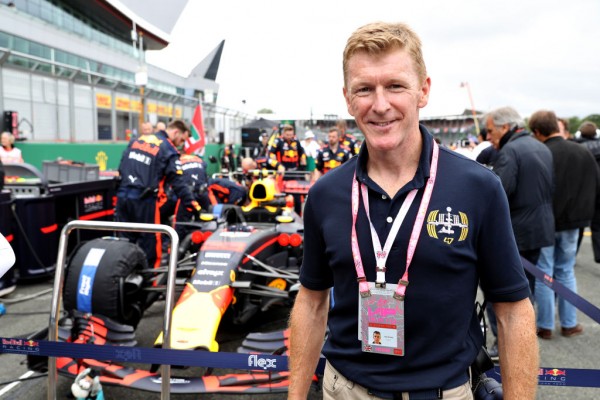 One of the changes that take place after an astronaut returns home is that he notices he's a little taller. More so, the longer an astronaut is away, the taller he turns.

In similar news, The New York Times Post said that in 2018, Norishige Kanai, a Japanese astronaut revealed that he had grown nearly a whole inch after a three-week-long stay on the ISS.

The lack of gravity enables the vertebrae in the spine to spread apart, which is increasing the height. Peake explained. While the change may not be noticeable for astronauts, there are certain sensations felt at an instant.

He added that the feeling of weightlessness is instantly noticeable following unblocking of the seatbelt. Nonetheless, it is not only the floaty feeling astronauts are noticing. They have also observed that the weightlessness could even make them feel like they got the flu.

Peake elaborated that one would also feel like he is hunching more frequently because of the absence of gravity, which is an extraordinary feeling.

The Effects of Weightlessness

The UK astronaut told the Daily Express about feeling the effects of weightlessness instantly. He added that the moment the main energy cuts out and an individual enters weightlessness, he would feel the switch in his body fluid.

In addition, Peake continued explaining that he would get puffy-faced and that his nose gets slightly clogged. Specifically, this individual would feel his inter-cranial pressure rise, and he can sort of feel it.

That particular experience is something like one has just gotten a cold or the flu, not to mention that feeling of a stuffy nose.

Also, upon getting out of the space rocket and allowing oneself to float naturally, one would notice that his shoulders are much more bent.

The astronaut explained that it is only gravity that is pulling them down on this planet. He continued, therefore, one would feel his body shape into a semi-fetal position, which is the natural and relaxed position in weightlessness, which is "very unusual."

Astronauts return to Earth possibly much lighter in weight compared to when they left the planet. It is usual to lose muscle mass in the inexistence of gravity.

According to World Today News, body fluids tend to move upwards as gravity is not pulling it downwards. However, that means there is more pressure on the eyes, which could result in vision problems.

Peake said; nonetheless, astronauts do not intend to notice such long-term changes. He added that those changes that take place within a few weeks, such as bone and muscle atrophy, "you don't feel that."

Related information about the unusual flu-like changes in the body while on a journey away from Earth is shown on Earth Science TV's YouTube video below: