Harvard University and the Karolinska Institutet conducted a study regarding the correlation between obesity and liver problems. Kids who have biological mothers who experienced a body mass index or BMI of over 30 in their early pregnancy are found to have higher risks of complications on the liver. Based on the study the rate of children that are prone to having a fatty liver disease is increasing, relative to the obesity rates of women in their child-bearing stage. In a separate study, obesity during pregnancy could also lead to the mother's children develop schizophrenia and even substance abuse. 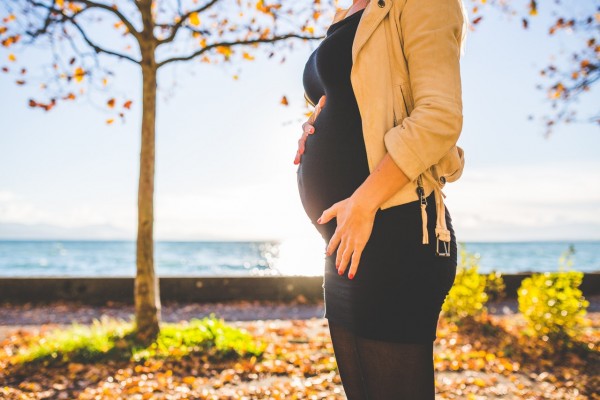 The Karolinska Institutet's associate professor and lead author of the study Hannes Hagstrom said that the findings gathered from the study are essential in today's standards, especially since an alarming obesity rate is being recorded from the young population. The study also presents a possibility that overweight conditions are inherited due to fatty liver, which Hagstrom categorizes as a public health consequence.

The study examined liver biopsies through the help of various pathology institutes in Sweden. The data were gathered from a group of children with recorded birth after 1992. This group had their liver examined through tissue sampling, and it was found that 165 of the total subjects were diagnosed with NAFLD or non-alcohol-related fatty liver disease. The research of the obesity and liver disease correlation was published in the Journal of Hepatology, entitled "Maternal Obesity Increases the Risk and Severity of NAFLD in Offspring."

The general average of the subjects' age was at 12 years. Almost half of the children's data are identified to have a fatty liver with accumulated fibrosis, and 60 percent of the overall subjects were boys. On the other hand, the control group of the study matched the diagnosed group in terms of age and gender.

The Swedish Medical Birth Register also provided additional data for the study. The information includes the mother's BMI records when they are going through their pregnancy. Through these data, the experts that conducted the study were able to determine that the children of the mothers with obesity during their pregnancy were 3 times at risk of fatty liver disease, in contrast to the mothers that had normal BMI recorded while they were bearing their child. NewsMedical reports that the risk of the children being diagnosed with liver complications is also affected by other attributes during the offspring's childhood, including education, smoking habits, and their specified region of birth.

ALSO READ: Coffee and Brain: Can Too Much Coffee Consumption Lead to Dementia and Stroke?

According to Daily Mail, obesity during pregnancy could also lead to the development of a schizophrenic condition, as well as substance abuse in their children. The data from the Aberdeen Maternity and Neonatal Databank in Scotland provided data of mother and child. The study proves that BMI during gestation affects the children, but this time, through mental health. The possibility of mental disorders in children whose mothers experienced maternal severe obesity is presented in the study published in the journal Scientific Reports, entitled "Maternal Body Mass Index in Pregnancy and Mental Disorders in Adult Offspring: a Record Linkage Study in Aberdeen, Scotland."

The effects of obesity during pregnancy were previously observed in animals. The subjects that were identified to have obesity, due to overeating, as they had their children during pregnancy led to various changes in the fetus. However, the initial study on pregnant animal obesity lacks data, including the diet regime and physical routines, with regard to human subjects.

More studies will be conducted regarding obese pregnancy and liver problems in offspring. The examination needs more data such as the biological implications to the fetus, as well as other socio-economic details that could affect lifestyle after birth. Regardless of the reason, Hagstrom emphasized that mothers, especially the individuals that have obesity, should be aware of the risks of their children getting the fatty liver disease through an obesity-accompanied pregnancy.