Eureka! Google's quantum computing labs may have created the first-ever time crystal using their quantum computer. According to a recent research preprint titled "Observation of Time-Crystalline Eigenstate Order on a Quantum Processor" by researchers at Google and physicists from Princeton, Stanford, and other universities, they have created a new phase of matter that upends the laws of thermodynamics.

For many years, physicists have tried to create this novel phase that moves in a regular, repeating cycle that can sustain this constant change without using any energy. Despite the name, time crystal will not let Google build a time machine.

An article in The Next Web clarified two points about time crystal. First, it is a difficult concept to understand and harder to explain. Second, the team of researchers might have created a time crystal that they presented in their preprint research that has yet to receive a full peer review. Until then, the legitimacy of the study will still be in question. 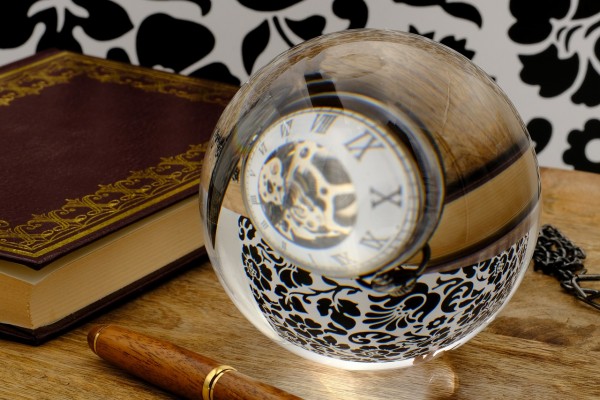 What Is a Time Crystal?

Google announced that they collaborated with university physicists and created the world's first-ever time crystal. It is a new phase of matter that upends Sir Isaac Newton's law of thermodynamics.

For example, putting an ice cube in a glass of water introduces two different temperatures. Over time, the water gets colder while the ice cube gets warmer and melts. But eventually, the cold water will turn into room-temperature water or be in thermal equilibrium. According to Energy Education, the heat stops flowing when temperatures balance out.

TNW reported that the room temperature glass of water will always melt the ice cube because classical physics dictates that the universe is constantly moving towards entropy, which is the movement towards change. The entropy of a system will always be the same if there are no processes, which is not possible in the universe because stars explode, black holes are sucking, and people are lighting things on fire.

But with a time crystal, they do not necessarily follow Newton's first law of thermodynamics. A time crystal could theoretically maintain entropy even when they are in a process.

How Did Google Make a Time Crystal?

Time crystals were initially hypothesized in 2012, but they have just recently been realized. Google's quantum computer has accomplished what many thought was impossible.

"Our work employs a time-reversal protocol that discriminates external decoherence from intrinsic thermalization, and leverages quantum typicality to circumvent the exponential cost of densely sampling the eigenspectrum," the authors wrote in the paper. "In addition, we locate the phase transition out of the DTC with experimental finite-size analysis. These results establish a scalable approach to study non-equilibrium phases of matter on current quantum processors."

According to Slash Gear, Google's quantum computer called Sycamore could use a chip with 20 of its qubits, maintaining two states simultaneously. Qubits are the controllable quantum particles, and tuning the interaction strength between each qubit allowed researchers to randomize interactions to achieve body localization. Then, microwaves upended the particles into their mirror orientation without using energy from the laser itself.

Google once made bold predictions in quantum computing as companies dig into the technology, which included improving batteries, making effective drugs and vaccines, and developing more effective fertilizers.

Check out more news and information on Quantum Computing in Science Times.